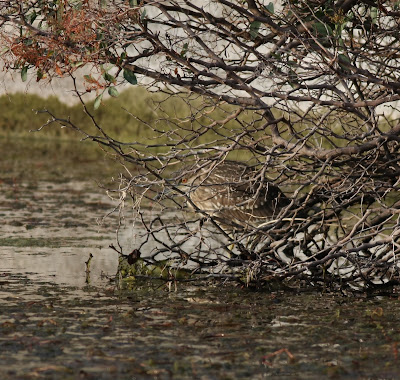 A solitary adult Night Heron (Nycticorax nycticorax) was detected at an irrigation basin in Tazacorte on the evening of April 16, and featured in two previous blog entries. Since early May, both the adult and as many as three other individuals have been located sporadically in the same area, either singly or together.
The species has bred recently on Tenerife, and possibly occasionally on Gran Canaria, as well as having been recorded from all main Canary Islands, where it is classified as a "regular migrant" (Birds of the Atlantic Islands, T. Clarke, Helm, 2006). The present group of 4 birds on La Palma, and their protracted stay, is probably a much less frequent occurrence. 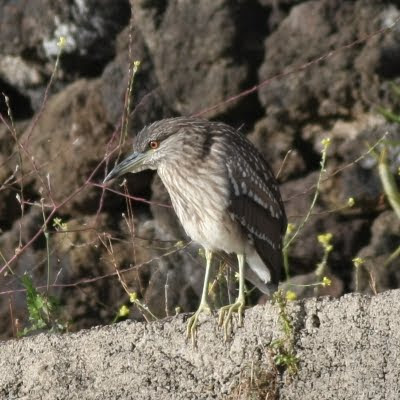 Juvenile Night Heron out in the open 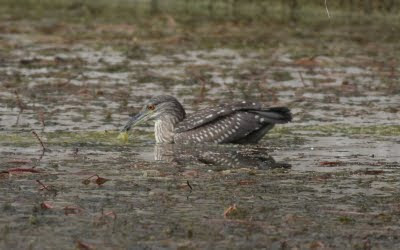 The same bird, hunting prey in the water 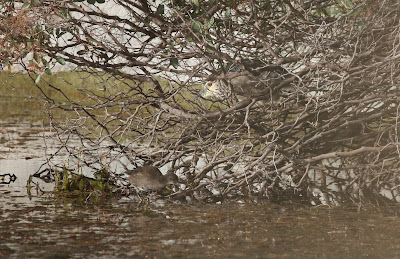 Above, the adult bird, keeping a watchful eye on a Moorhen chick 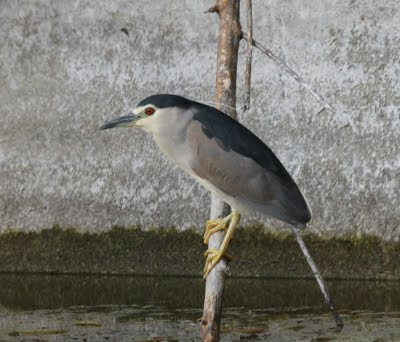