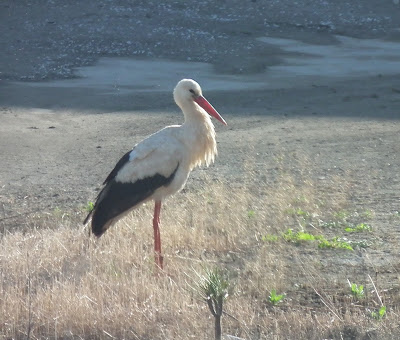 A routine inspection of a group of irrigation ponds in Las Martelas (Los Llanos de Aridane) this morning led to the discovery of a White Stork (Ciconia ciconia).

This species is considered a passage migrant to the Canaries (all islands), and the odd individual has overwintered on Tenerife. 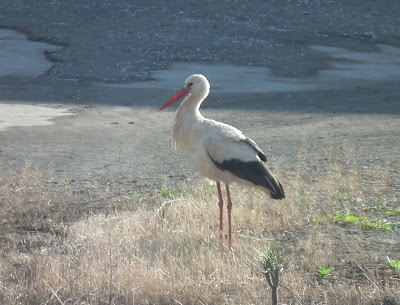 Solitary birds appear on La Palma fairly regularly, and there are unofficial reports of White Storks previously nesting in the church tower of San Andrés (San Andrés y Sauces) in the past. If true, the birds were lucky not to be driven away, which is what happened to a pair that attempted to nest on the roof of a private house in Breña Baja a few years ago. 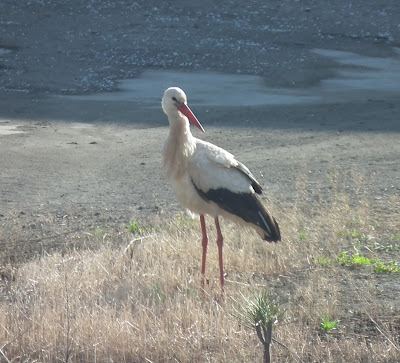 In April 2007 I photographed 3 White Storks at a landfill site in Barranco Seco, between Santa Cruz and Puntallana. This ornithologically-valuable rubbish dump used to attract various migrants, including gulls and Black Kites (Milvus migrans), but the tip was officially closed a couple of years ago. 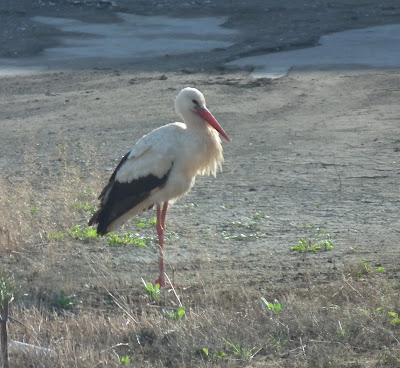 The present bird was found leisurely foraging in the bottom of the almost dried-out concrete pond shown here. After a while, it decided to take a nap, so I left it in peace. 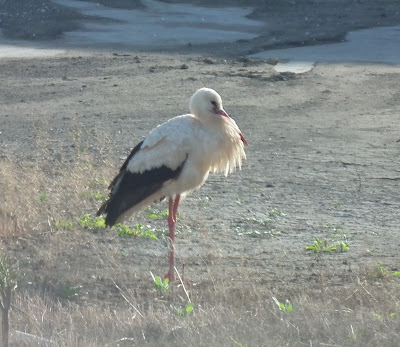