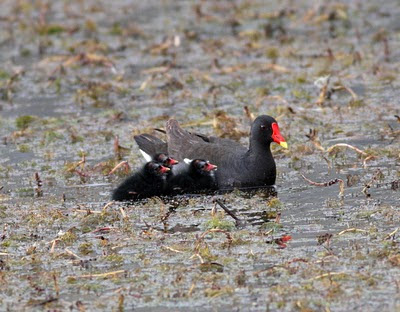 June 6th, basin B: second brood of 3 chicks.
The following information is based on an observation period of 8 months (from early May 2009 to mid-December 2009), during which 5 different irrigation basins in the municipality of Tazacorte were regularly monitored.
As stated in the previous post, the Moorhen (Gallinula chloropus) is a prolific breeder, but mortality rates are high due to a number of factors:

None of the 16 chicks survived more than a few days. 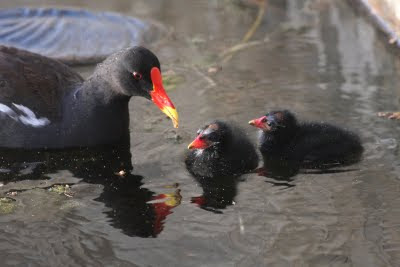 The Moorhen (Gallinula chloropus) is described in the Atlas de las Aves Nidificantes en el Archipiélago Canario (Ed. J.A. Lorenzo) as having a small resident population on the island of La Palma, and reference is made to recent observations of individual birds, evidence of both successful and unsuccessful nesting, and the detection of chicks and juveniles still attached to their parents at various sites.


The following notes are based on the monitoring of 5 different irrigation basins in the municipality of Tazacorte; each one was inspected approximately 70 times during an eight month period, from early May 2009 to mid-December 2009.


Observations show that the species is well-established at specific locations on the island, and is a prolific breeder, with 2 - 3 broods per year. 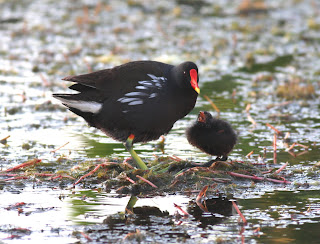 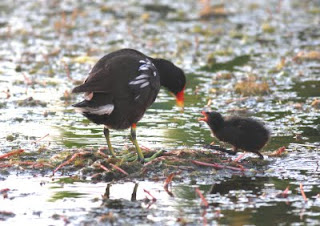 Two images of the only surviving chick from a brood of 5 born in early May.
This bird eventually left the basin in late July. 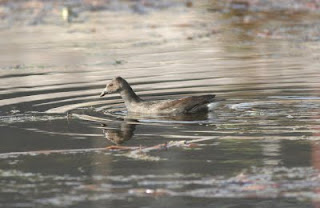 There was remarkable brood synchronisation in mid-July: the breeding pairs in all 5 basins had either a second or third brood on, or very close to, July 16th.

Cooperative care of chicks by siblings from previous broods was observed in three of the basins (B, D, E).

Although floating platforms of pond weeds were built by some birds, final nesting sites were always on dry land in undergrowth, on concrete steps or manmade structures, or else well-concealed in Rumex lunaria bushes, with the floating platforms being used merely for temporary refuge or as resting areas. 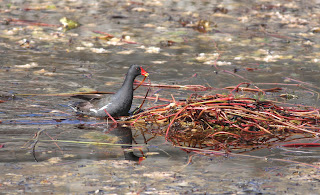 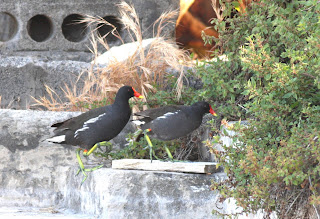 Heading for the nesting site on dry land 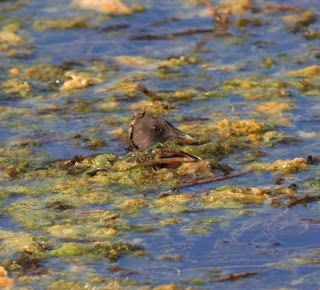 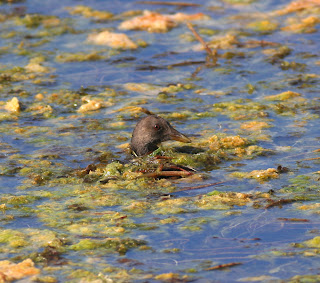 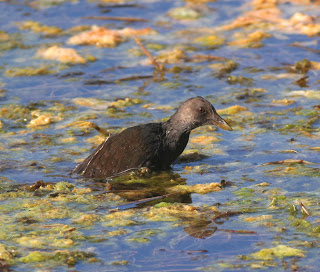 A commonly-employed escape strategy when danger threatens. The sequence of 3 images shows a juvenile re-emerging, after remaining motionless for several minutes with only its head above water. 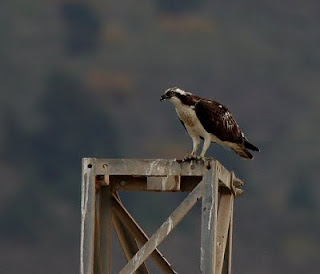 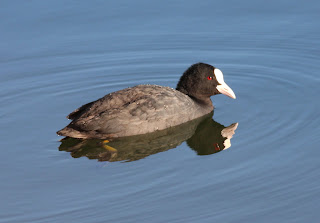 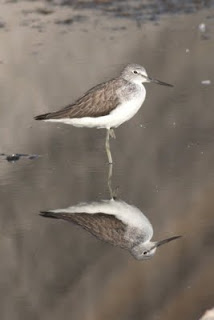 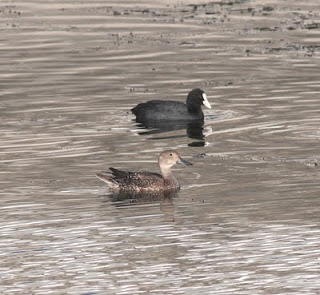 Nothing new on the island so far this month, but on 05/12 Isidro Brito managed to observe and get excellent photographs of the juvenile Osprey (Pandion haliaetus) which has been around for several weeks. The bird perched twice to devour two small fish caught in a nearby irrigation tank.

The solitary female Pintail (Anas acuta), first detected on 28/11, has been rediscovered in a neighbouring basin, in the company of a large domestic duck.

The female Shoveler (Anas clypeata) can be found at the same location in Tazacorte, but the male Teal (Anas crecca) was no longer there on the evening of 09/12.

Otherwise, there are small numbers of Greenshank (Tringa nebularia), Green Sandpiper (Tringa ochropus), Common Sandpiper (Actitis hypoleucos), and 45 -50 Coots (Fulica atra) in the Martelas area, with a single Redshank (Tringa totanus) at the saltpans in Fuencaliente. 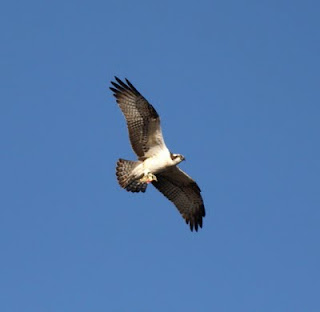 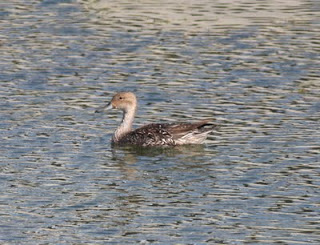 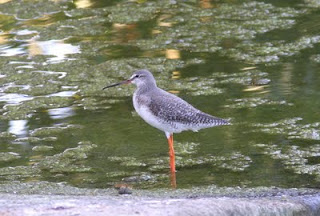 Spotted Redshank (Tringa erythropus)
On 28/11 a solitary female Pintail (Anas acuta) appeared in a basin in Las Martelas presently occupied by 45 -50 Coots. This "rare and irregular winter visitor, recorded on all main islands except La Gomera", according to Birds of the Atlantic Islands (T. Clarke, Helm), had gone by the evening.
After temporarily "losing" the Spotted Redshank (Tringa erythropus), the bird was rediscovered at another irrigation basin together with the male Teal and female Shoveler shown in an earlier post (25-30/11).
Finally, on 30/11 I came across the juvenile Osprey (Pandion haliaetus), which has been on the island for a few weeks, being mobbed by gulls at the Dos Pinos reservoir. In the photo, the bird can be seen making off with the remains of a recently-caught fish.
Publicado por Robert Burton en 8:20 No hay comentarios: