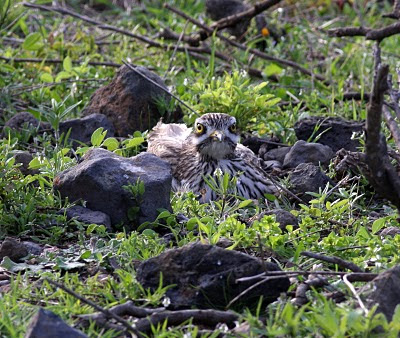 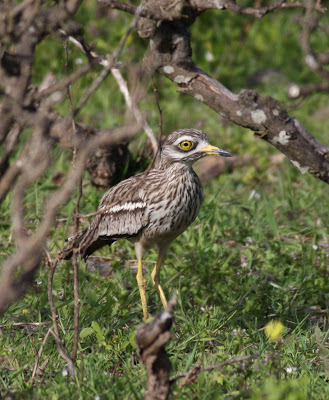 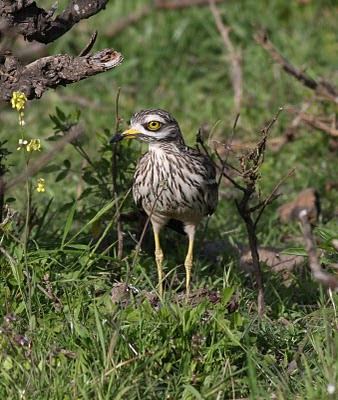 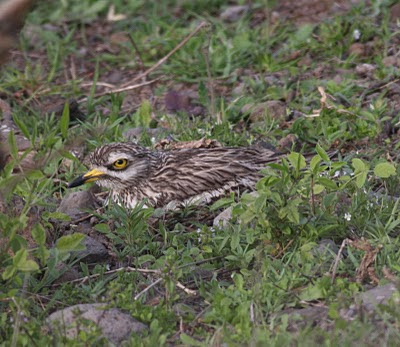 As a change from seasonal migrants, the present post focusses on one of the island's scarcer resident birds.

I must confess to always having had a fascination for the enigmatic Stone Curlew (Burhinus oedicnemus). The species is fairly rare on the island of La Palma, where it is locally known - if it is known at all - by the onomatopoeic name "Pedro Luis". According to the "Atlas de las Aves Nidificantes en el Archipiélago Canario" (Ed. J. A. Lorenzo), the bulk of its population is to be found in medium-altitude zones of the Aridane Valley, in localities such as Tacande, La Montañita, Los Barros and El Barrial. Habitat loss and destruction, human interference in breeding areas, and depredation by introduced mammals are just some of the problems facing this lover of bare open spaces and steppes.

Eerily-wailing birds can be heard flying over El Barrial, where I happen to live, almost every night of the year, and a good spot to try and locate them is at Llano de las Cuevas, in the high part of El Paso. The above photographs were all taken there.
Publicado por Robert Burton en 22:28 No hay comentarios: 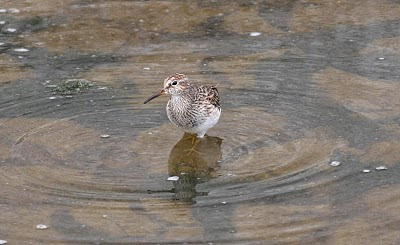 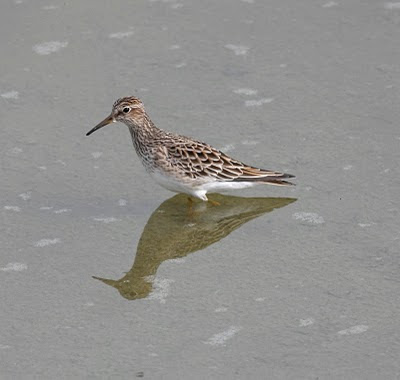 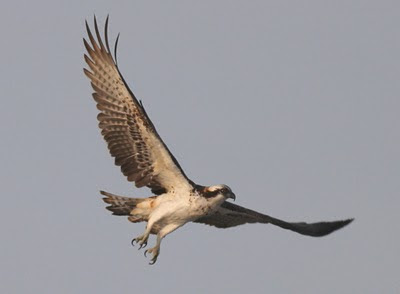 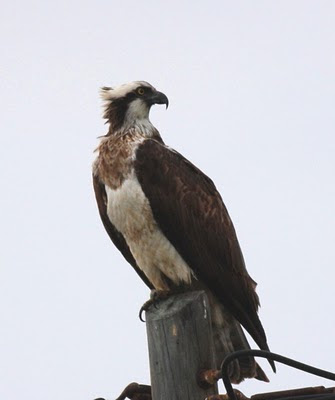 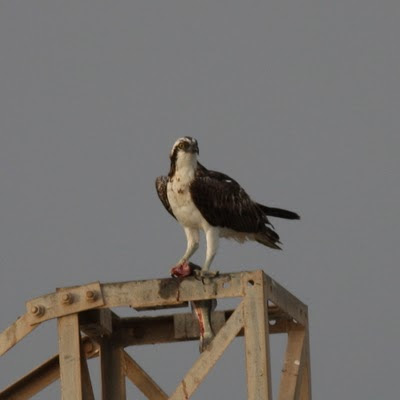 On 17/03 a Pectoral Sandpiper (Calidris melanotos) turned up in an almost-empty irrigation basin in Las Martelas. This is the third example of this national rarity I have seen on the island, the previous two being observed in autumn 2009 (see corresponding posts).
The juvenile Osprey (Pandion haliaetus), photographed above, has now been on the island for over four months, and appears to have moved from the Dos Pinos area, in Los Llanos, to the banana plantations of Tazacorte, where there are dozens of irrigation basins stocked with carp.
In a water basin in Tazacorte, a pair of Moorhens (Gallinula chloropus) hatched a brood of 7 chicks in early March which all died within a couple of days when the basin was filled, swamping their nest. The tiny chicks were unable to climb the steps to reach safety. The parent birds have now abandoned the basin.
The first brood of Moorhens detected in Las Martelas in mid-February, which was featured in the March 2nd post, is now down to 2 surviving chicks.
Publicado por Robert Burton en 20:35 No hay comentarios: 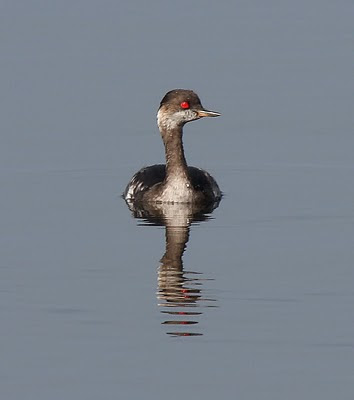 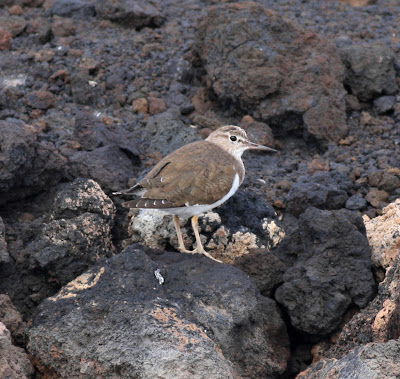 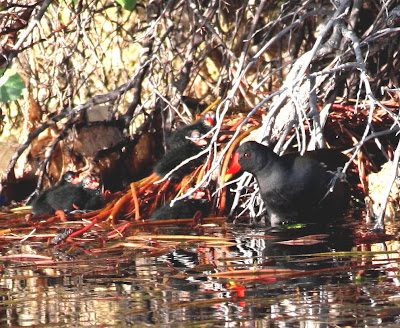 The month of February was one of several storms on the island, with heavy rain and strong winds. Remarkably, a couple of Moorhens (Gallinula chloropus), oblivious to the elements, managed to hatch the first brood of the year in an irrigation basin in Las Martelas. The chicks, first detected on 19/02, were originally 6, possibly 8 in number, and are down to 5 at the time of writing.
A solitary Black-necked Grebe (Podiceps nigricollis) was detected in a small reservoir just south of Las Martelas by Isidro Brito. This species has been recorded in previous years on the island.
The Long-billed Dowitcher (Limnodromus scolopaceus) was last seen on 25/01 and despite thorough searching has not been re-located.
The Sandpiper (Actitis sp.) shown above, photgraphed at the saltpans in Fuencaliente, is probably the same bird featured in an earlier post. Although I still haven't heard it call, or seen the wing bar, I think this is macularia rather than hypoleucos.
There are still small numbers of common waders both in the fresh-water basins and at the seawater-flooded gravel pits near the airport.
Finally, the juvenile Osprey (Pandion haliaetus) has been seen several times in recent weeks and has now been on the island for over four months.