Spoonbill at the saltpans 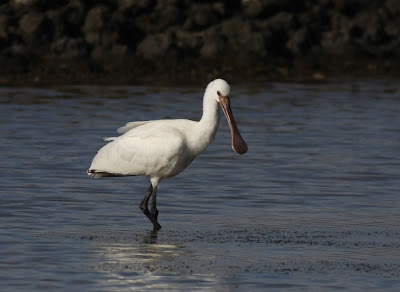 During the first week of October, I was unable to make it to the saltpans in Fuencaliente. However, a British birder (D.S.), who was staying at a conveniently-located hotel in the south of the island, very kindly kept me informed regarding the migratory birds present at the pans. 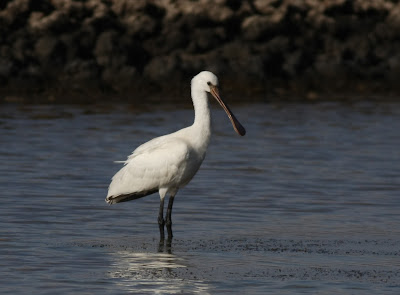 So, when I visited the saltpans last Saturday morning (Oct 6), I was expecting to find pretty much the same array of migratory shorebirds. To my surprise, however, a very conspicuous juvenile Spoonbill (Platalea leucorodia) was placidly foraging in one of the pools. And there wasn't a single wader in sight, strangely. 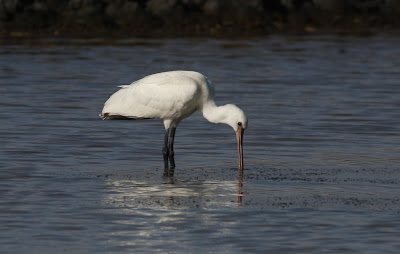 The Spoonbill is a very irregular passage migrant which either turns up at the freshwater irrigation ponds in the west, near Los Llanos de Aridane, or else at the saltpans in the extreme south, in Fuencaliente. Usually the birds are juveniles, with many coming all the way from Holland, according to data from ringed specimens observed on La Palma, and elsewhere in the Canaries. 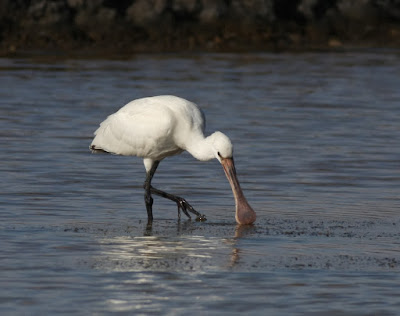 I paid another visit to the saltpans this afternoon, Oct 8, and was surprised to find the Spoonbill still present. The last two photos are from today's trip. 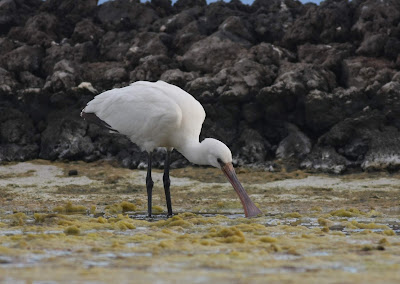 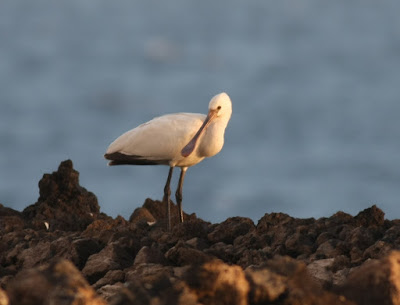