Estonian Dunlin at the Fuencaliente saltpans 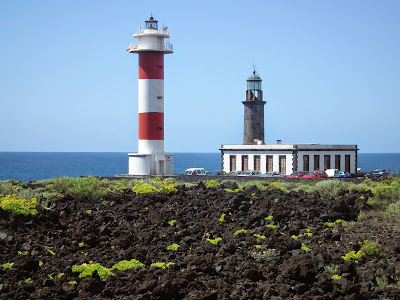 Lat. 28º 27´N/ long. 17º 50´W.The lighthouse (El Faro) in Fuencaliente, a few hundred metres from the saltpans on the southern tip of La Palma.
The breeding grounds of the banded Dunlin (Calidris alpina), seen at the saltpans  in March 2015, are approximately 4,600 kilometres from here. 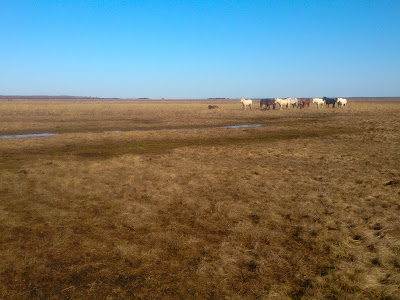 Regular readers of "La Palma Birds" may recall that in a mid-March post I mentioned that a number of British birders had been on La Palma in March this year, and at least two of them had observed a banded Dunlin (Calidris alpina) at the saltpans in Fuencaliente.

The subject of this solitary Dunlin has recently resurfaced in a thread on BirdForum, and I have been sent the following links to an Estonian website (in English), giving precise details of where and when the bird was ringed.

It seems that another visiting ornithologist (Eric Thomassen) visited the saltpans on March 8, took some photographs of the bird, and contacted the ringing station. This is the most distant re-sighting of any Estonian Dunlin on record, and one of the most distant from the whole Baltic area. 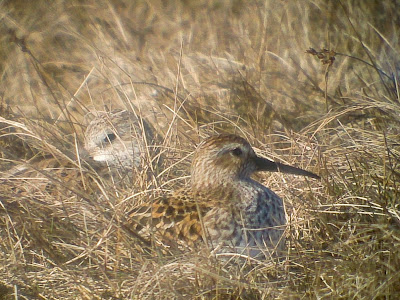 The breeding pair at the nest site. The banded male seen on La Palma is behind the un-banded female. Image courtesy of Hannes Pehlak who found the bird on its nest on 21 April 2015, near the original ringing site.

This long-distance migrant is now safely back on its breeding grounds on the Baltic coast, after having covered a straight-line distance of around 4,600 kilometres to/from its stopover site on La Palma. It may well have wintered even further south. The following website posts tell the whole amazing story, and include photographs of the bird taken at the saltpans:

My thanks to Hannes Pehlak for permission to use the above photographs.
Publicado por Robert Burton en 22:05 No hay comentarios: