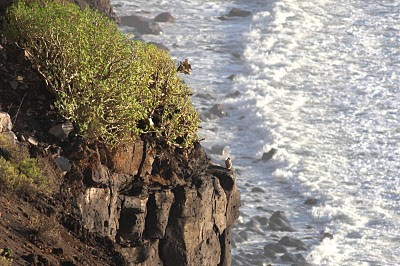 A typical area of coastal habitat 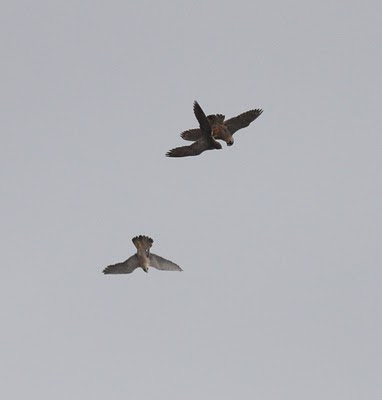 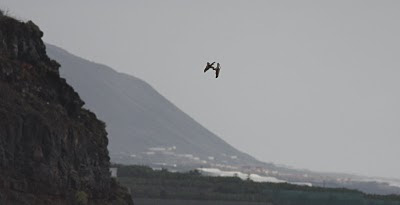 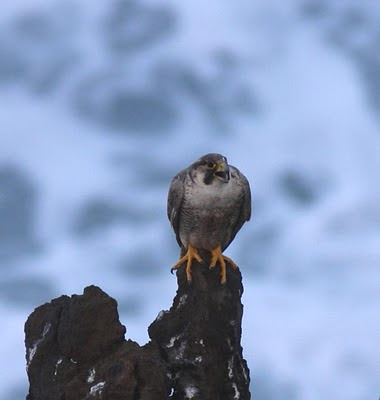 Note that barring is absent on upper breast 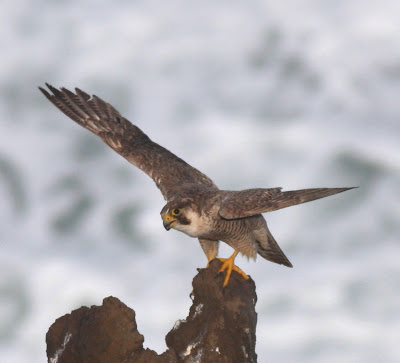 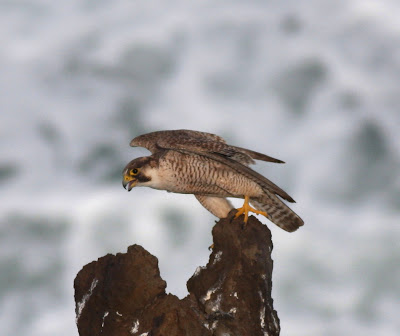 The present post focusses on another of the island's scarce resident birds: the Barbary Falcon (Falco pelegrinoides), closely related to the Peregrine (F. peregrinus) and regarded by many authors as conspecific. On the Canaries it is found on all islands, including many of the islets and stacks at the eastern end of the archipelago.


The species usually breeds on inaccessible sea cliffs, and the present population on La Palma is estimated to be in the order of 20 pairs, with evidence of a moderate increase in numbers in recent years. Occasionally inland crags are also chosen as nesting sites, and locations of up to 15km inland and 2,000m altitude have been recorded ("Atlas de las Aves Nidificantes en el Archipiélago Canario").


The images above have been selected to illustrate a number of identification and behavioural points: the first photo gives an idea of typical coastal habitat; the distant shots of 2 or 3 grappling birds attempt to capture the spectacular aerial acrobatics; and the last three photos allow appreciation of the reduced barring on the underparts, the rufous or paler nape area, and the tendency to show a dark, sub-terminal band on the undertail, in contrast to the evenly-barred Peregrine's.


In the case of all La Palma birds I have seen so far, the width of the Barbary Falcon's facial "moustache" has never appeared to be as narrow as in the typical field-guide illustrations, but the pale cheek patch is certainly wide.
Publicado por Robert Burton en 16:35 No hay comentarios: 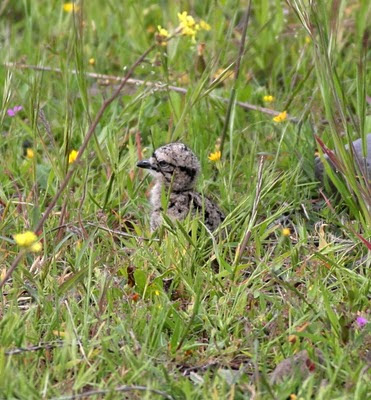 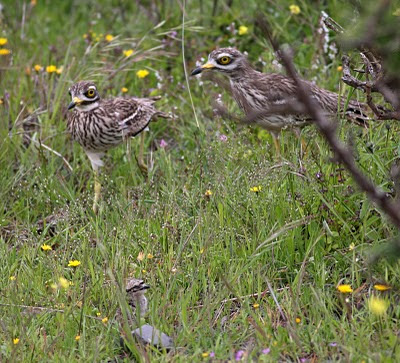 The pair of Stone Curlews (Burhinus oedicnemus), featured in the previous post, were first detected on 22/03, and successfully photographed on 23/03 and 25/03. At least one, and often both birds were regularly observed in the same corner of the field for over two weeks, so it seemed likely that they were attempting to breed.
Finally, on 15/04, I was treated to a brief glimpse of the recently-hatched chick and its two rather anxious parents.
The two photographs above were taken from a well-concealed position behind a stone wall.
Since the first sighting, the young bird has been located by ear on a number of occasions at various points in the field, with one or other of the parent birds present in the vicinity. The chick itself is extremely difficult to spot in the lush grass between the Tagasaste (Chamaecytisus proliferus) bushes.
On the Western and Central Canary Islands, it is the distinctus subspecies which is found. According to "Shorebirds of the Northern Hemisphere" (Richard Chandler), in the nominate species: "the male has a more contrasting lower dark border to the white lesser-covert bar, and may have darker moustache and yellower legs than the female". The precocial young fly completely at 36-42 days.
Publicado por Robert Burton en 21:11 No hay comentarios: