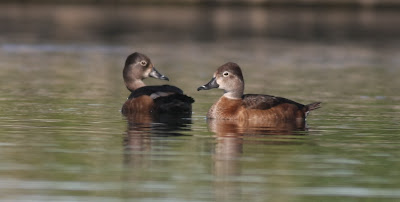 The two Ring-necked Ducks (Aythya collaris) featured in the present post were discovered in an irrigation pond in Las Martelas (Los Llanos de Aridane) on the evening of March 20, and photographed the following morning. They came as a pleasant surprise during what has been a slack migratory season so far. 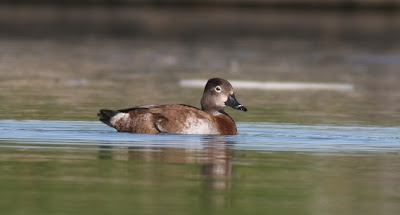 The paler of the two ducks

Regular visitors to this blog may recall two other recent records of this species: a female I discovered in the same pond in Las Martelas in December 2012 - and which was last seen there by a local observer on March 8 2013 - and a drake spotted in the Laguna de Barlovento reservoir by a visiting birder in January 2013. 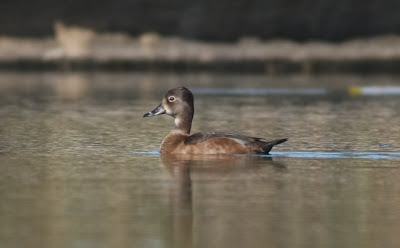 Despite the slight difference in size and distinct plumage, I assume both the present birds are females, and are newcomers to the island. For comparison, below is a picture of the previous female monitored between December 2012 and the end of February 2013. Apart from the drabber plumage, the head appears to lack the peaked crown clearly visible in the two recently-discovered birds. As always, comments would be welcome. 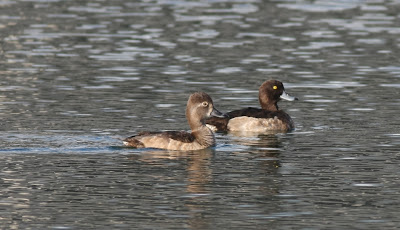 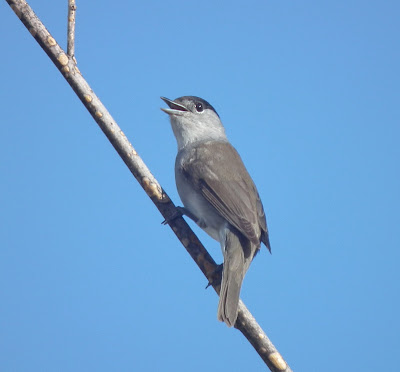 Given the absence of migratory birds at the moment, here are a few photos of one of the commonest birds on the island, the Blackcap (Sylvia atricapilla). One of La Palma's four warblers, this species has already been shown in a previous post, carrying food to its nest (see 29 March 2011). 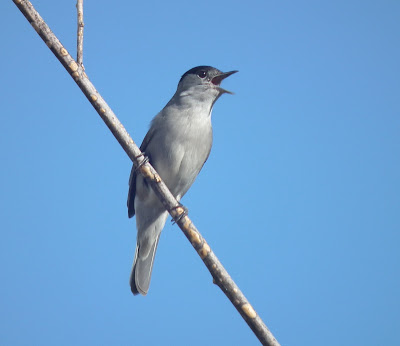 With spring in the air, males are presently singing from very conspicuous perches in all suitable habitat. The posted images were taken with a Fuji HS10 bridge camera, in an area of degraded scrub near a group of irrigation ponds in Las Martelas (Los Llanos de Aridane) - but the Blackcap is easy to find in gardens, orchards and even in public squares, where it frequents the dense foliage of planted Ficus microcarpa trees. 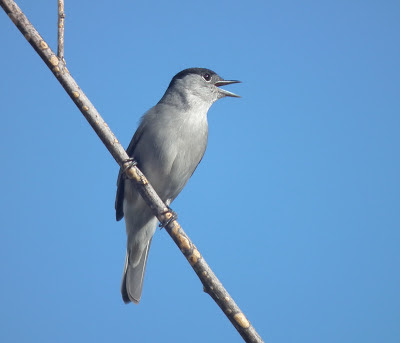 Purely by chance, the following Osprey (Pandion haliaetus) was discovered this evening perching near an artificial pond in Las Martelas. Could this be the same bird first detected in 2010? Since my 26 March 2012 post,  a solitary Osprey has been reported in various parts of the island by several observers. 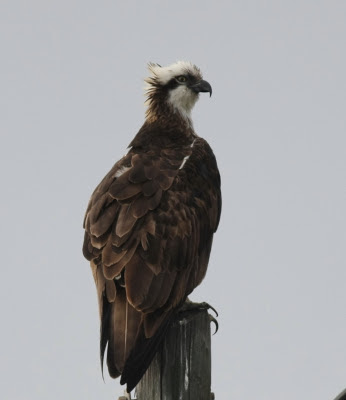 This species no longer breeds on La Palma, but certain toponyms indicate that it once did; a glance at any large-scale map will reveal the local name guincho applied to a number of coastal features. 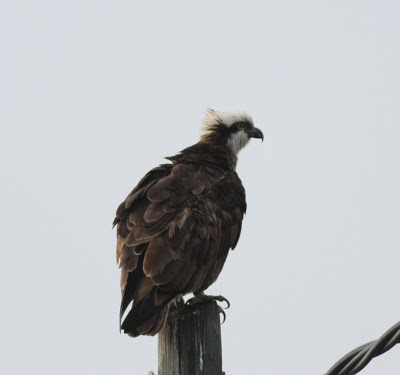 The bird spent over an hour on top of the same telegraph pole, and was only mobbed briefly, in almost routine fashion, by a Kestrel (Falco tinnunculus). Apparently at home in the far-from-idyllic, urban surroundings, this specimen seemed unconcerned about passing cars and people. 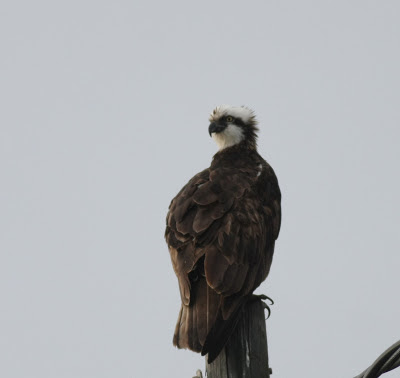 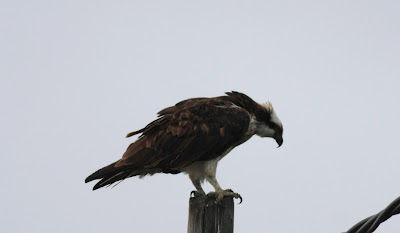