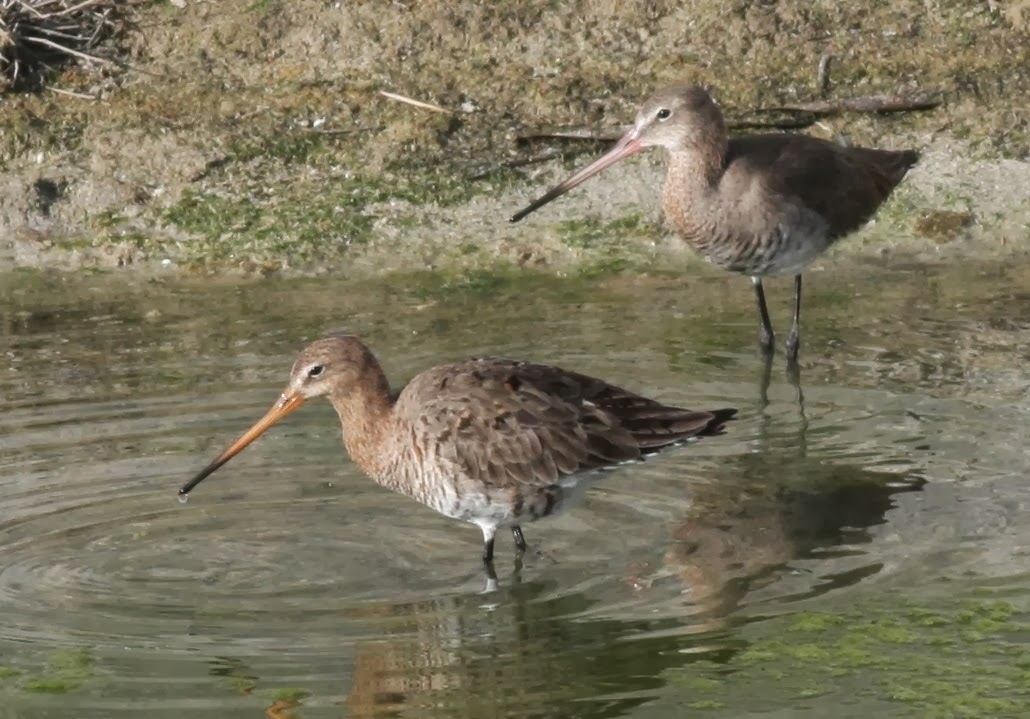 On February 8 2013, I posted photographs of two Black-tailed Godwits (Limosa limosa) discovered in an irrigation pond in Las Martelas (Los Llanos de Aridane). Is it mere coincidence that two birds of the same species have just appeared within a few hundred metres of the previous location, one year later, almost to the day?

The present individuals were first observed on January 28, and raise the question as to whether migrants "learn" stopover sites and return to them in successive years, regardless of how far off the theoretical standard migratory route they happen to be. There have been a number of similar cases in recent years on La Palma. 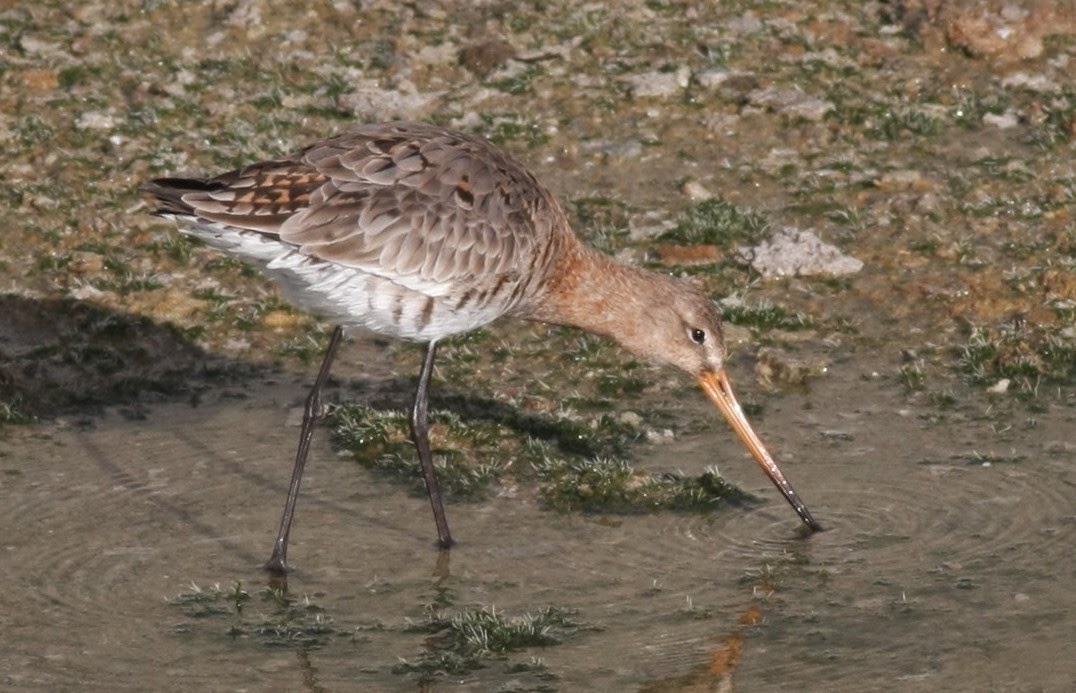 To species level, identification poses no problems, but now comes the interesting part...

As far as the subspecies is concerned, I would opt for the nominate Limosa limosa limosa. Firstly, on the grounds of distribution - islandica does not winter as far south as the Canaries - and secondly, due to the shallow-sloping forehead, characteristic of ssp. limosa.

The very orange base of the lefthand bird's bill, fairly dense barring on the breast, almost black legs, and overall "warm" plumage tones seem to indicate a male acquiring breeding plumage. As to the righthand bird, could this be another male less advanced in its moult? Bill length and body size appear to be fairly similar in both birds: females should be larger, with longer bills.

Just to discount the remote possibility of the Hudsonian Godwit (L. haemastica), noted for its black underwing coverts, I have included the rather blurred shot below. 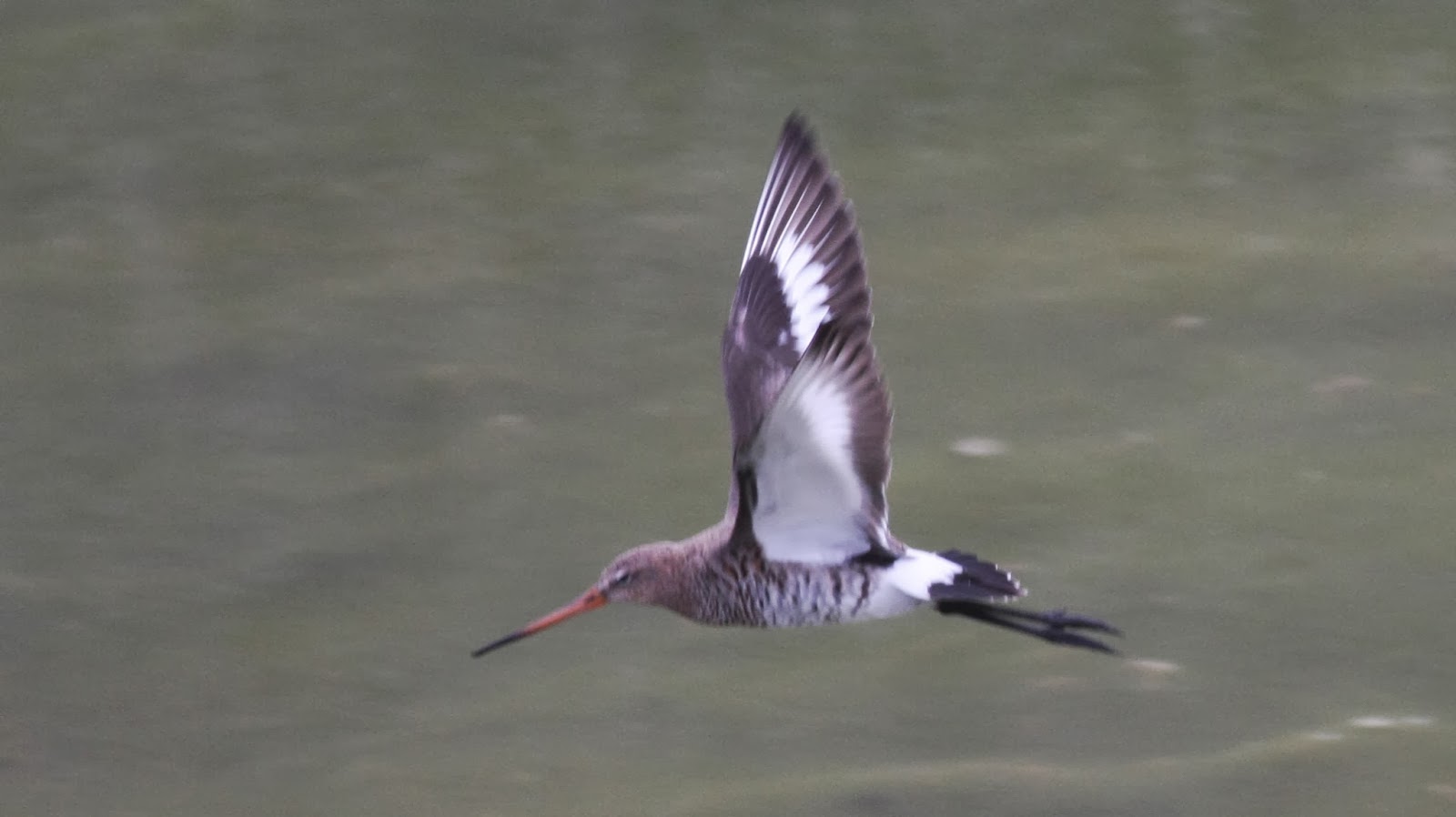 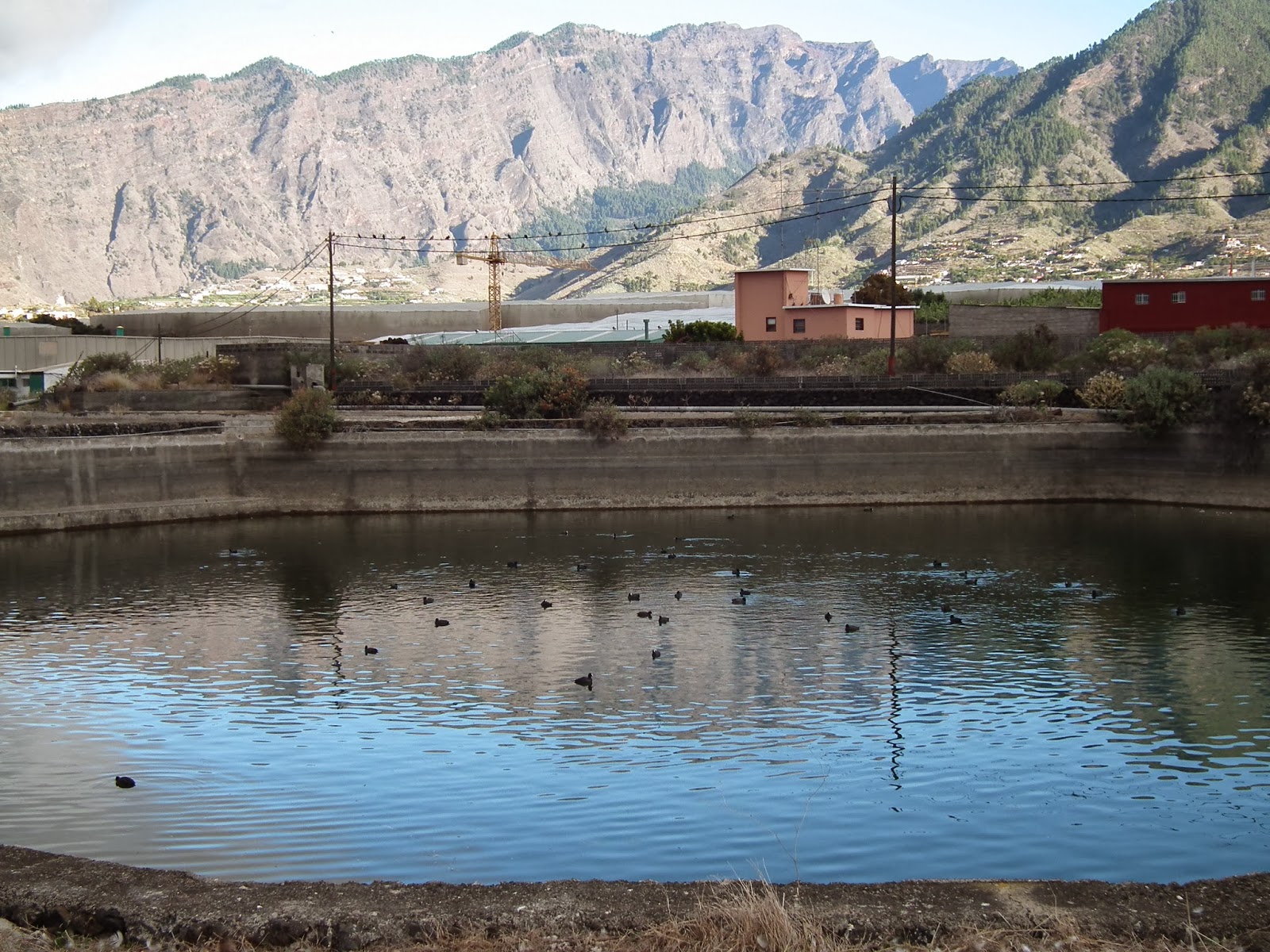 The Coot (Fulica atra) has recently colonised the main Canary Islands, with small resident populations on Fuerteventura, Gran Canaria, Tenerife and La Gomera. The species winters every year on La Palma, the number of individuals varying between about 30, and the 109 birds recorded y J. M. Castro in December 2004. At the time of writing, there is a total of approximately 48 Coots in the irrigation ponds in Las Martelas, plus another 3 birds in similar locations in Tazacorte. The first photo in the present post shows the pond in Las Martelas in which 43 Coots have opted to spend the winter this year; there are another 4 or 5 birds in similar ponds in the same area.

So far, evidence is lacking for Coots successfully breeding on La Palma, but the possibility cannot be ruled out, especially since small numbers of individuals often remain on the island throughout the summer. In September 2013 I monitored a nest containing 5 eggs, none of which hatched.

Other migratory species recently seen on the island include:

The Laguna de Barlovento is technically "empty" but contained a shallow pool of rainwater on my last visit on December 31 2013. There were no birds present, other than a small flock of Yellow-legged Gulls (Larus michahellis).
Publicado por Robert Burton en 19:31 No hay comentarios: