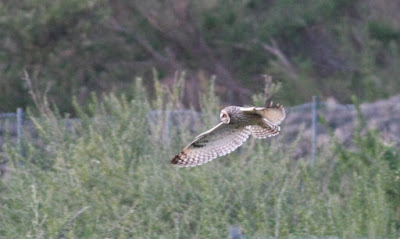 The two Short-eared Owls (Asio flammeus) appeared about half an hour earlier than usual this evening, Jan 8. The sun was still a few degrees above the horizon when I located the birds, and the better-lit photos are definitely my best so far. Camera settings are still ISO 1600, however, to freeze the birds' flight. 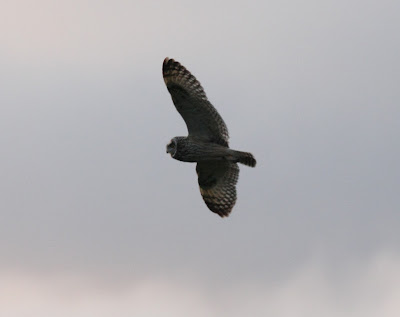 Short-eared Owl (Asio flammeus), this time against the light. 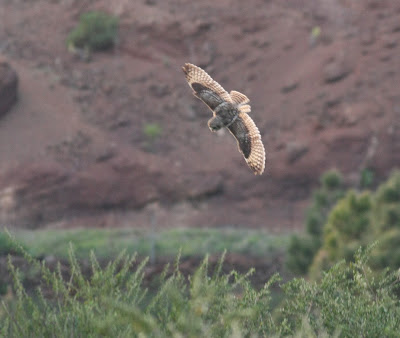 Short-eared Owl (Asio flammeus) plunge-diving into the bushes, as it hunts for prey. 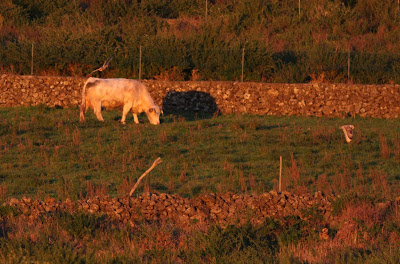 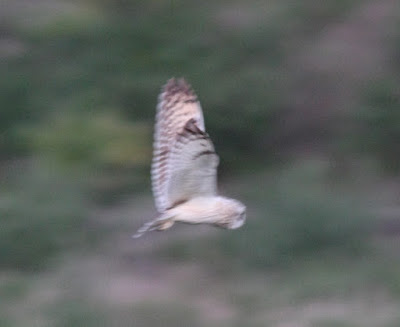 I don't usually post such poor quality images on "La Palma Birds", but despite four attempts to photograph this migratory Short-eared Owl (Asio flammeus), the present shots are the best I have managed to get.

On the first two occasions (Jan 4 and 5), I saw only one individual, but on Jan 6, I was surprised to discover that there are actually two birds present on the island. I saw them briefly together again this evening, Jan 7.

Although this species is partly diurnal, the two visiting owls don't come out to hunt until about half an hour before nightfall, and it is hard to predict just where their erratic quartering will take them. So far, I have not been positioned in the right place for a good picture, and the light is already failing when the birds first appear.

All the shots posted here were taken at ISO 1600 (the maximum on my old Canon 40D), with a handheld 400mm lens. The fastest shutter speed at my widest aperture is obviously too slow to freeze this fast-moving subject in such poor light. 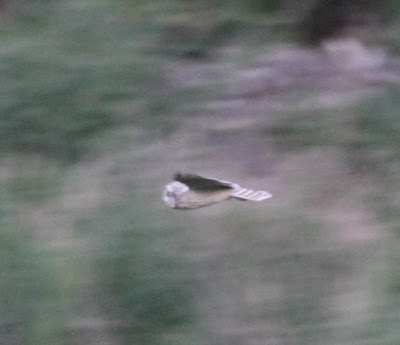 It has been several years since I observed this migratory owl on La Palma, my last records being from 2006, 2007 and 2008, when two birds over-wintered. On all three occasions, the birds commenced foraging earlier, and seemed less shy when approaching people or the occasional passing vehicle. They also perched in more conspicuous, predictable spots, making them much easier to photograph. 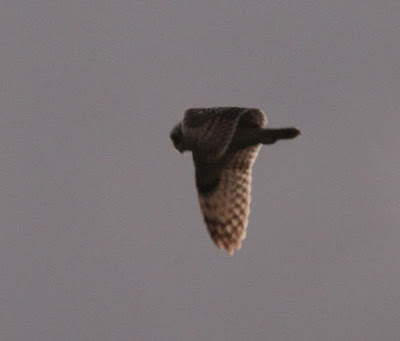 The two birds currently on La Palma have chosen precisely the same area to hunt in as the previous visitors did, the Llano de Las Cuevas, in the high part of El Paso, roughly between the National Park Visitor Centre and the Virgen del Pino church. The fields in this part of the island are either used as pastures for grazing, or are planted with Tagasaste ("Tree Lucerne", Chamaecytisus palmensis/floridus, an indigenous forage crop). 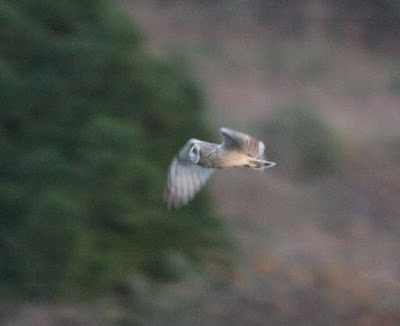 Hopefully, these two visiting Short-eared Owls will likewise decide to spend the winter on La Palma, and give me the chance to improve on the photos over the next few weeks. 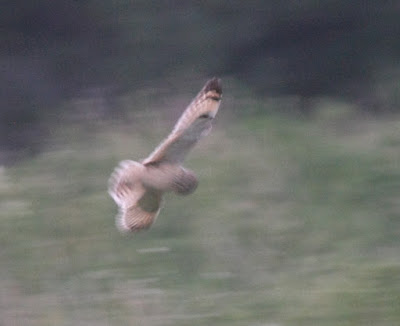