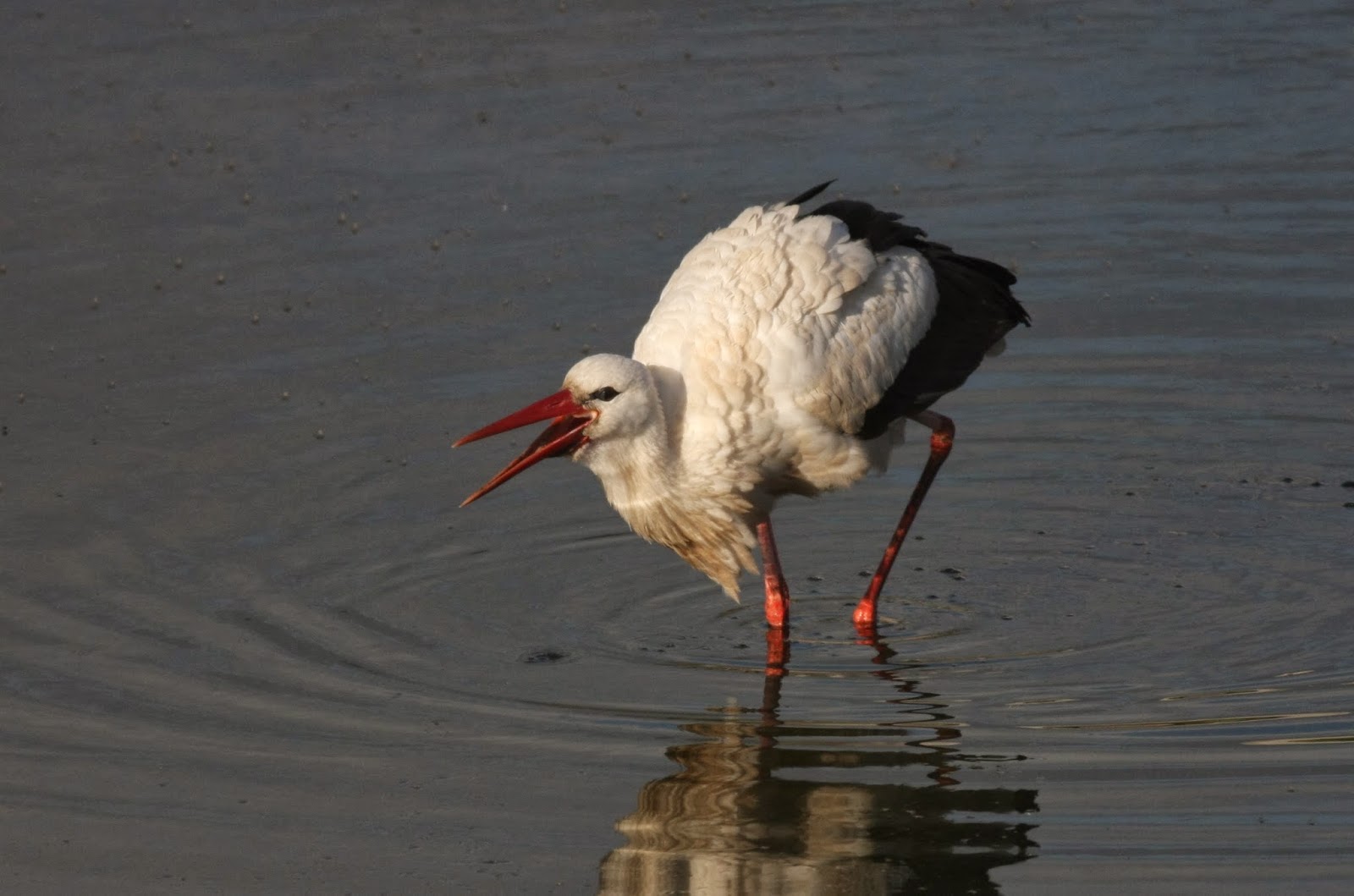 The White Stork (Ciconia ciconia) is a passage migrant to the Canary Islands (all islands), where the odd individual has occasionally wintered (Tenerife). Solitary birds appear on La Palma almost every year, although the species is said to have nested on the church tower of San Andrés in the past. A few years ago, a pair attempted to breed in Breña Baja, but the birds were apparently driven away by the owners of the house they had chosen to nest on. 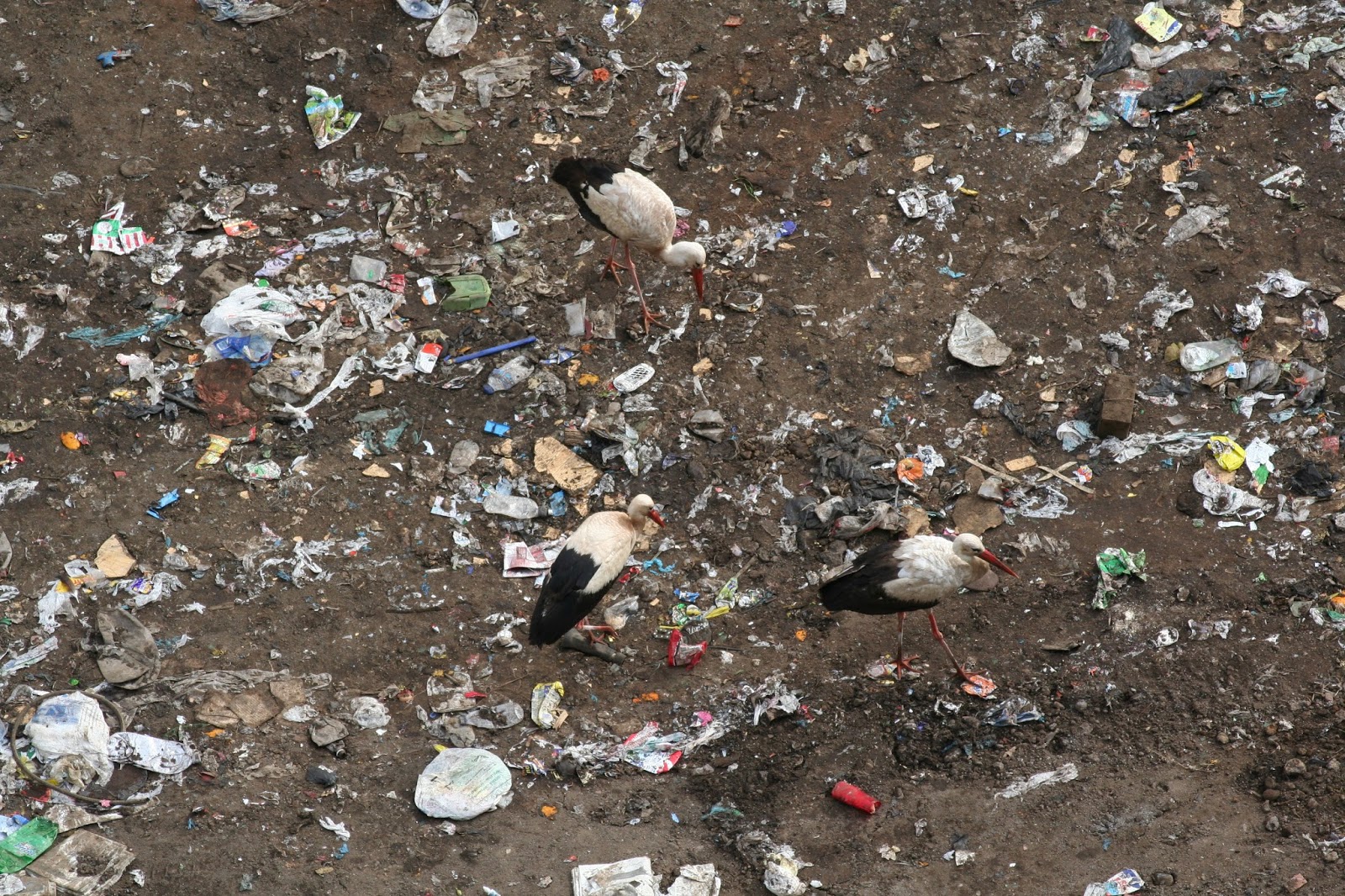 In April 2007 I photographed the three White Storks shown above, at the Barranco Seco landfill, just north of Santa Cruz. This unsightly, but ornithologically useful rubbish tip, has since been officially closed: over the years it had attracted various migratory species, especially gulls. 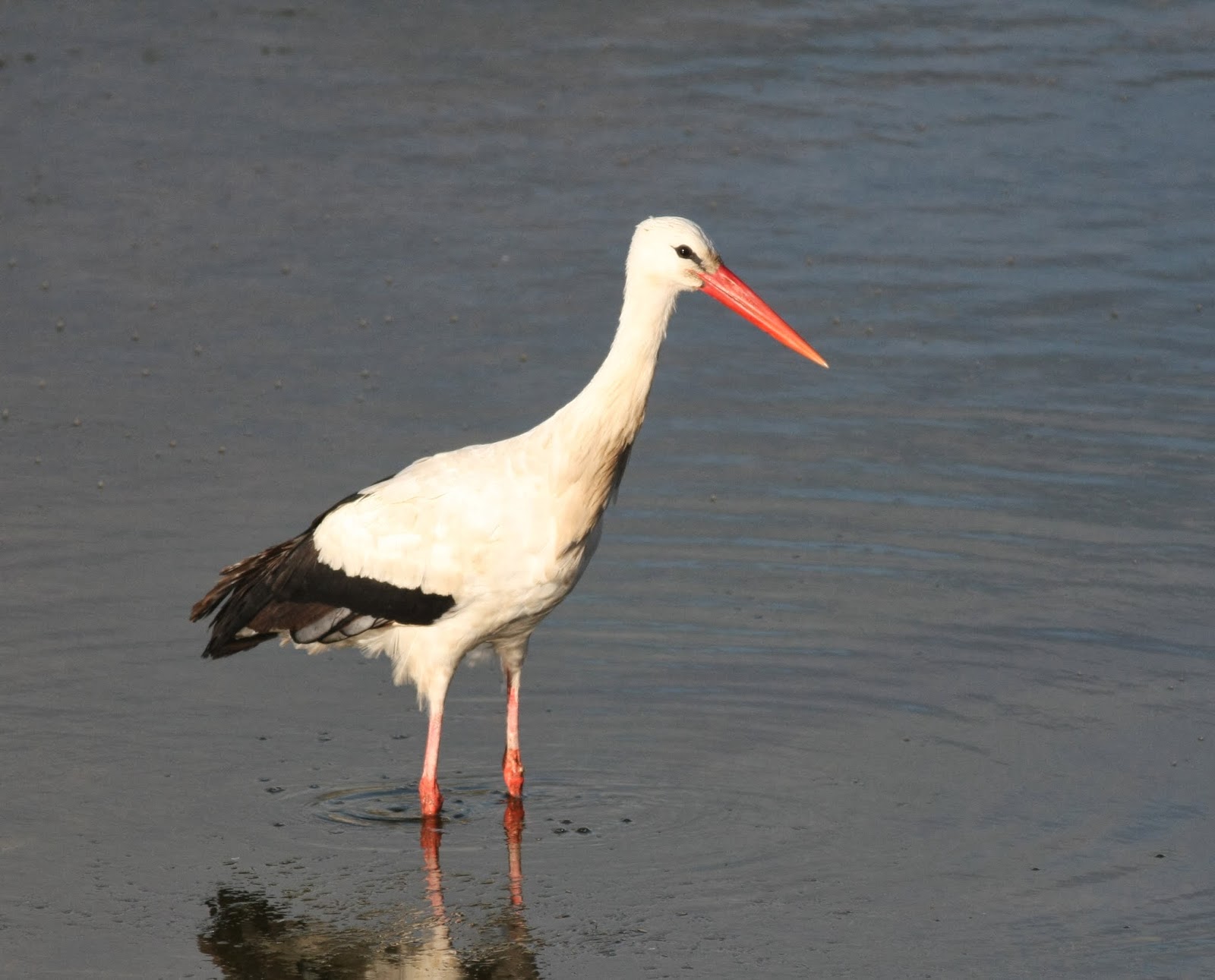 The bird featured in the present post was discovered foraging in an almost empty irrigation tank in Las Martelas (Los Llanos de Aridane), on March 27. It has been seen elsewhere on the west side of the island over the last few days. 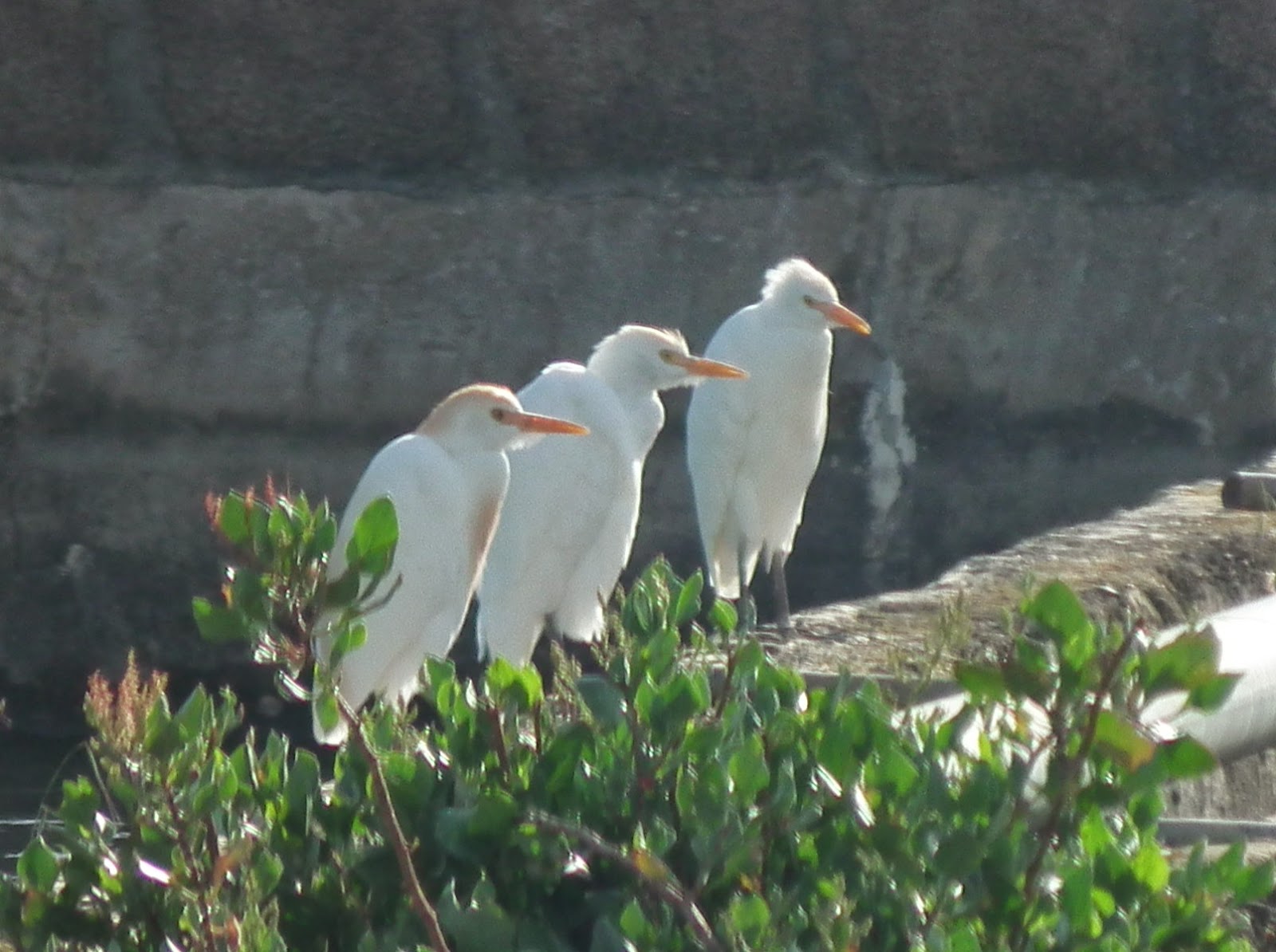 While the Little Egret (Garzetta egretta) can be observed on La Palma all year round, the Cattle Egret (Bubulcus ibis) is a passage migrant and winter visitor. The group of three birds shown above was discovered in Las Martelas on March 11. On March 27 I found only two birds in the same area. This species nests on the island of Lanzarote.

In addition to the above, small numbers of Barn Swallow (Hirunda rustica) have recently been observed on the island, and on March 16 I saw a single Black-crowned Night Heron (Nycticorax nycticorax) at an irrigation pond in Tazacorte.

The Semipalmated Plover (Charadrius semipalmatus) was still present at the airport pools today, together with 2 x Bar-tailed Godwit (Limosa lapponica), 1 x Grey Plover (Pluvialis squatarola), and 1 x Ringed Plover (Charadrius hiaticula). All these waders have wintered on La Palma, and will soon be leaving the island. The 40-odd Coots (Fulica atra), which spent the winter in irrigation ponds in Las Martelas and Tazacorte, have already flown north, except for 2 stragglers.
Publicado por Robert Burton en 19:10 No hay comentarios: