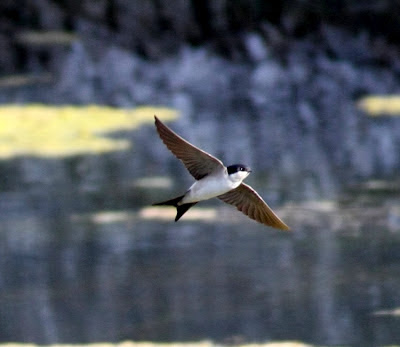 Despite being a "common passage migrant" there have been unusually large numbers of House Martins (Delichon urbicum) on La Palma in recent weeks. It's often difficult to estimate the size of flocks, given the rather limited horizon around most of the irrigation tanks where the birds feed. They tend to fly past at speed and then disappear out of sight behind the nearby walls and greenhouses; to give a rough idea of numbers, several groups of 10-20 birds have been seen foraging at a number of ponds in Las Martelas and Tazacorte. I have not yet come across perched individuals, hence the first three photos in the present entry showing birds in flight. 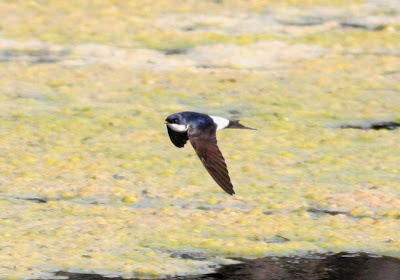 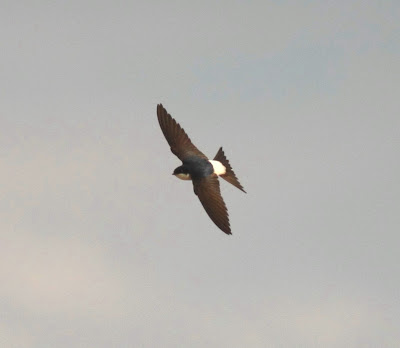 Mixed in with the flocks of the above species, there have been small numbers of Barn Swallows (Hirundo rustica), and one or two of the far less common migrant Red-rumped Swallows (Cecropis daurica). The resident, Macaronesian endemic Plain Swift (Apus unicolor) is presently observable in large numbers on the island, and I am keeping my eye open for possible Pallid Swifts (Apus pallidus), a species described as a summer visitor to the Canaries, with records from El Hierro, Tenerife, Fuerteventura, Lanzarote and La Graciosa.

The Alpine Swift (Tachimarptis melba) has been observed on all the Canary Islands as a passage migrant, including La Palma on at least one previous occasion. The bird shown in the next four images was my own first sighting of this species. Not the best photographs I'm afraid, but good enough for the purpose of identification... 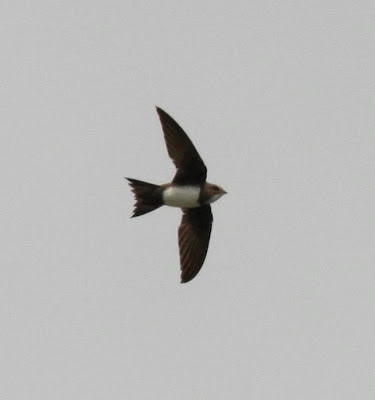 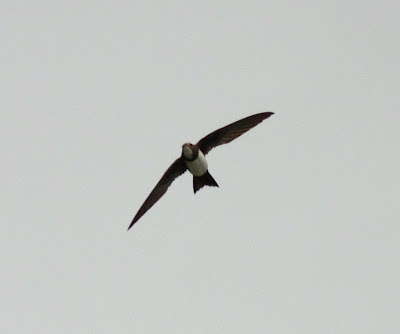 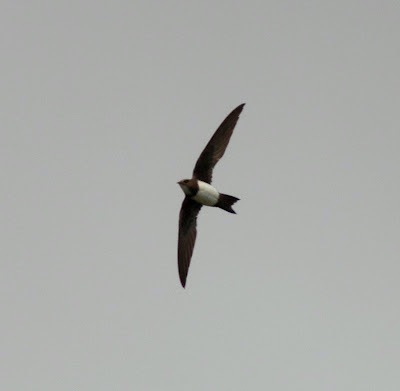 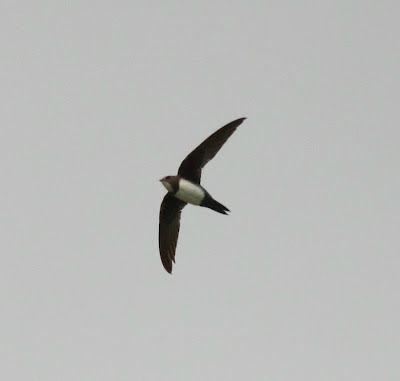 The four images above were captured in Las Martelas (Los Llanos de Aridane) this evening (May 29). The solitary bird depicted was foraging together with a flock of Plain Swift (Apus unicolor).
Publicado por Robert Burton en 23:21 No hay comentarios: