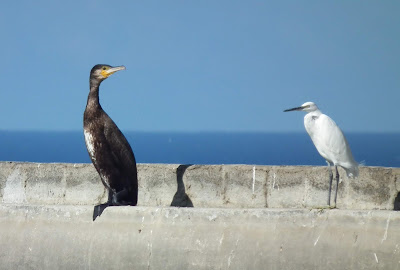 I was lucky to find the Great Cormorant (Phalacrocorax carbo) at the same location in Tazacorte yesterday, on a sunny day with good light. The solitary bird was standing on the edge of the concrete irrigation pond, together with a Little Egret (Egretta garzetta). Behind the two birds, the Atlantic Ocean can be seen. 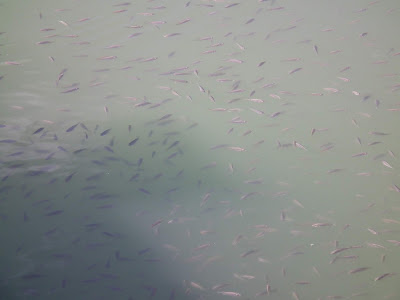 The pond itself is well-stocked with small fish, which I have been told are a species of tilapia. There are also larger-sized carp swimming around in the rather murky water.

I was hoping the Cormorant would decide to dive in for a snack, and within a few minutes my hopes were rewarded. 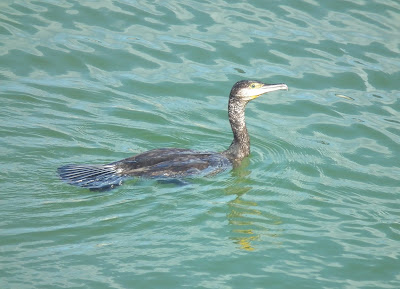 This was the first time I had seen the bird in the pond. It dived several times, and managed to catch a minnow-sized fish at one point, before eventually flying off. 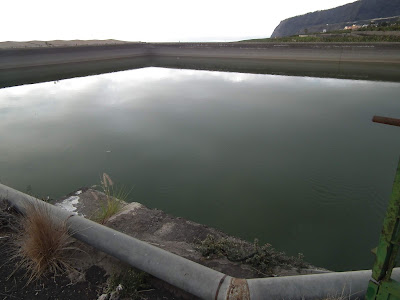 And finally, this is what the very unscenic irrigation pond looks like in low light. The shot was taken in the late afternoon on Jan 10, when I first discovered the bird. The Cormorant can just be discerned as a miniscule black line to the right of the far corner...honest.
Publicado por Robert Burton en 19:27 No hay comentarios: 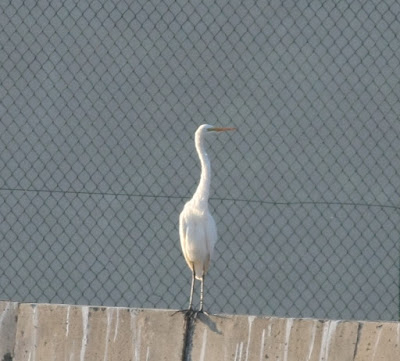 At last a photo of a Great (White) Egret (Ardea/Egretta alba) on La Palma! I think this is the first record for the island backed with photographic evidence...

I had a brief glimpse of one at in irrigation pond in Las Martelas, back in March 2018, but the bird took flight before I could capture it with my camera. In September the same year, a visiting British birder (Dave Steel) informed me of a sighting of two birds seen in flight from the balcony of his room at the Princess Hotel in Fuencaliente: no pictures either. 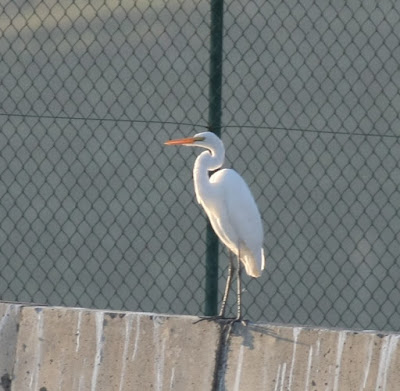 Other visiting birders may have submitted records of this species to SEO/Birdlife, the Sociedad Ornitológica Canaria (SOC), or wherever, but I am unaware of these sightings.

So finally, this evening at the Dos Pinos reservoir (Los Llanos de Aridane), where I was counting Grey Herons (Ardea cinerea) for the annual wintering waterbird census, I was able to get a few distant shots of the solitary Great Egret shown above. 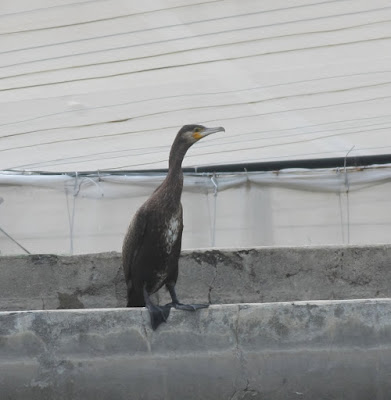 On Jan 11, I re-encountered the juvenile Great Cormorant (Phalacrocorax carbo) at the same irrigation pond in Tazacorte where it was discovered on Jan 10. The photos are a distinct improvement on the previous ones, although the surroundings are far from idyllic. 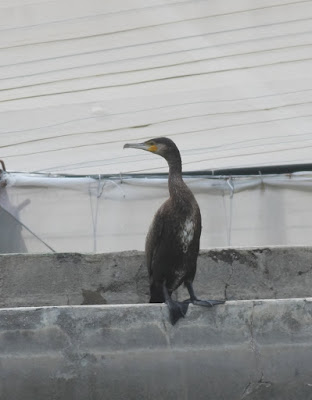 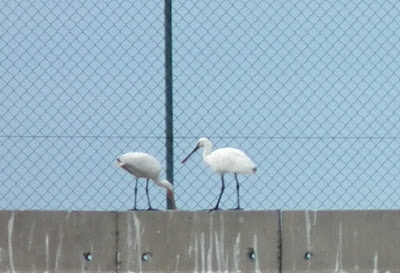 Back at the Dos Pinos reservoir again, I spotted two Spoonbills (Platalea leucorodia) this morning, Jan 12. This is a difficult location for photography, due to the fence, and the limited access points.

In the evening, the birds were no longer there, but I was treated to a brief view of one of them in flight, just before nightfall. 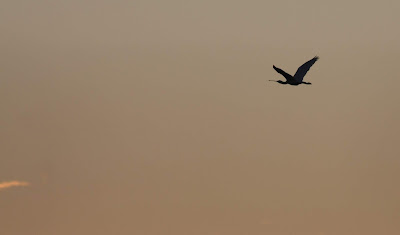 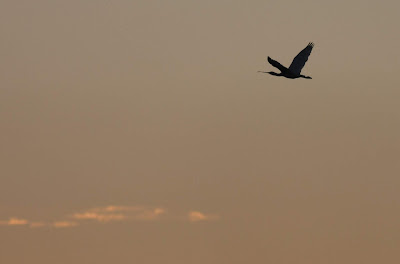 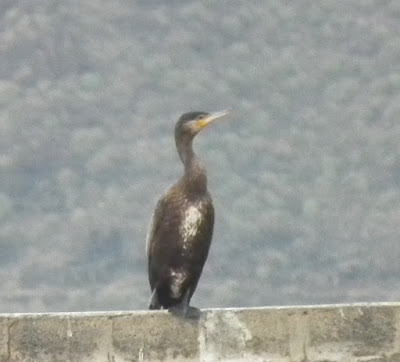 There haven't been very many sightings of Great Cormorant (Phalacrocorax carbo) on La Palma. I recall about 4 altogether, but don't have a more precise figure. Off the top of my head, there was one several years ago at the Fajana de Barlovento, then another along the section of coastline between the airport and Santa Cruz de La Palma, a few years later. The most recent I can remember was also seen off the east coast of the island, just north of Santa Cruz, by two visiting British birders, Simon Priestnall and Anthony Cooper, in April 2017. 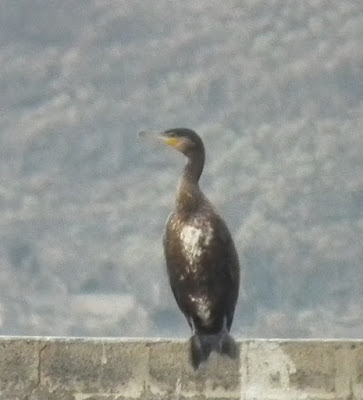 Of course, there may have been other records, but this one is the first for me personally on La Palma. And it was found on the west side of the island, rather than the east, in a freshwater environment, rather than a marine one. There were shoals of small carp in the pond, which the bird presumably feeds on. 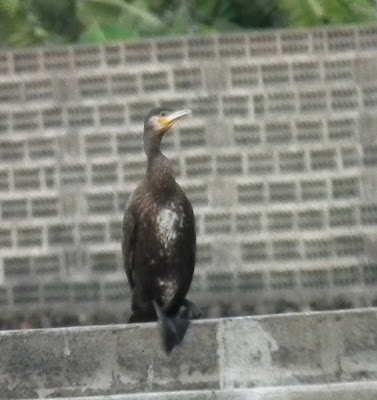 The photographs were taken at the irrigation pond in Tazacorte where the discovery was made this afteroon, 10/01. I was actually scouting the area as part of the preparations for the annual census of wintering waterbirds, which will be held all over Spain this weekend.

My reconnaissance took me to an area I don't usually bother to inspect, as it tends to be unproductive...and there to my surprise was the cormorant, standing on the edge of one of these ignored ponds.

I only had my bridge camera with me at the time, so the photos are not very good quality. Hopefully, I'll be able to improve on them over the next few days.
Publicado por Robert Burton en 21:45 No hay comentarios: