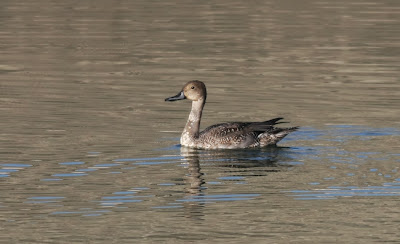 Not exactly the first migratory duck detected on the island this autumn - I spotted a juvenile/female Eurasian Teal (Anas crecca) a few days ago - but this Northern Pintail (Anas acuta) could be described as the  first interesting one. The photo above was one of the last to be taken  this morning, but shows the subtle plumage hues better than the earlier shots below. Notice the very blotchy neck and two-tone bill. 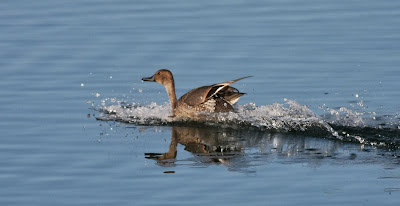 The dark speculum was momentarily visible as the bird landed - bordered white at rear and rufous at front - indicating an eclipse male. 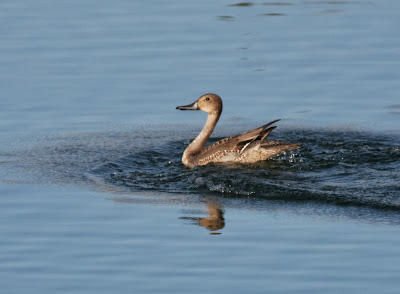 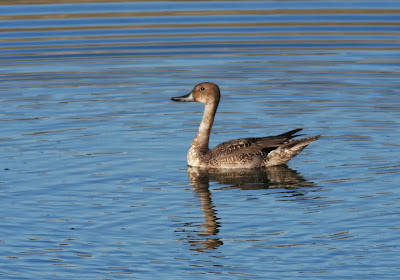 Apart from this elegant "greyhound among ducks" (Collins Birdguide), the following migrants have also been seen at various ponds in Las Martelas recently:

The big birding news throughout Spain at the moment is the recent sighting of a Wilson's Snipe (Gallinago delicata) on Tenerife (see http://avescanarias.blogspot.com). This will be the first for Spain if accepted by the Spanish Rarities Committee.

The Semipalmated Plover (Charadrius semipalmatus) was still present at the airport pools on La Palma on Nov 17. Check the previous post in this blog for updates, or visit http://www.reservoirbirds.com
Publicado por Robert Burton en 20:33 No hay comentarios: