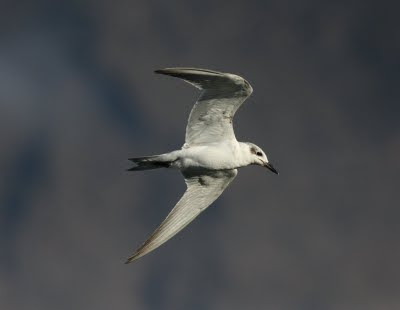 As September progresses, small numbers of post-breeding migratory species are steadily turning up on the island. In addition to the usual waders, I photographed this solitary Gull-billed Tern (Sterna nilotica) in Las Martelas on Sept 11. The species is described in Birds of the Atlantic Islands (T. Clarke, Helm 2006) as an "...accidental visitor or rare and irregular passage migrant, recorded from all main islands except La Palma", so this could be a "first" for the Isla Bonita. The next two images allow various other identification features to be appreciated, including the characteristic bill shape. 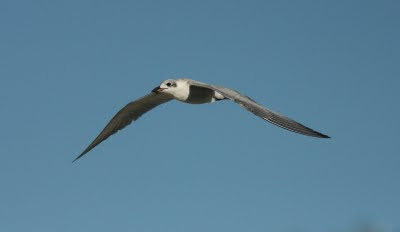 The Knot (Calidris canutus) appears to be one of the less frequent migrants on La Palma: a few years ago there was a group of 4-5 at the saltpans in Fuencaliente, the same location where this individual was seen at the beginning of September. 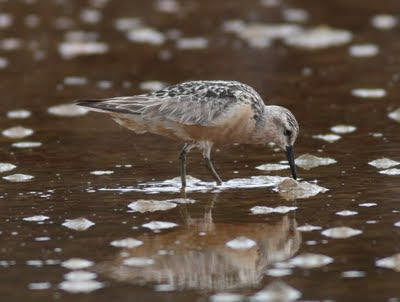 The remaining species in this post can be described as regular visitors: 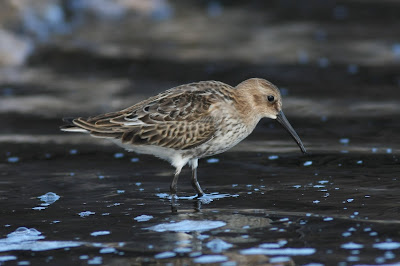 Dunlin (Calidris alpina)
Two at the saltpans at the beginning of the month, one in a freshwater irrigation basin in Las Martelas at the time of writing. Sanderling (Calidris alba)
Up to 5 individuals at the saltpans so far this month. 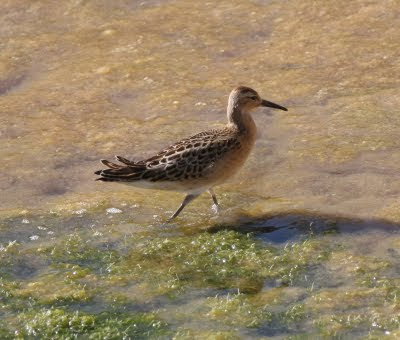 Ruff (Philomachus pugnax)
The two birds shown here, above and below, were both present in Las Martelas at the beginning of the month. 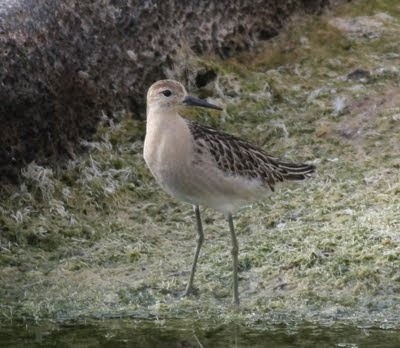 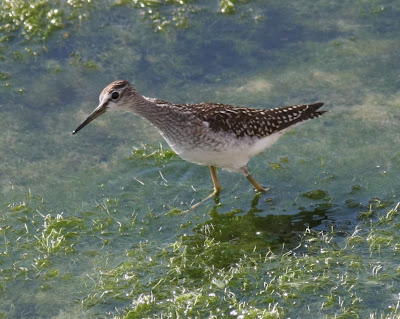 To sum up, in addition to the above species, a solitary Snipe (Gallinago gallinago) has been seen in Las Martelas, together with the usual Greenshank (Tringa nebularia), Common Sandpiper (Actitis hypoleucos), and Green Sandpiper (Tringa ochropus).

At least one Cattle Egret (Bubulcus ibis), and one or two Black-headed Gulls (Larus ridibundus) have been seen around the various irrigation basins on the west side of the island, together with the usual Grey Herons (Ardea cinerea) and Little Egrets (Egretta garzetta).