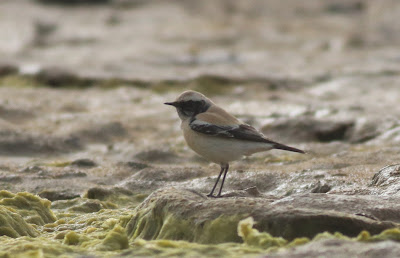 After a long period away from the island, my first visit to the saltpans in Fuencaliente produced an interesting find: a male Desert Wheatear (Oenanthe deserti). 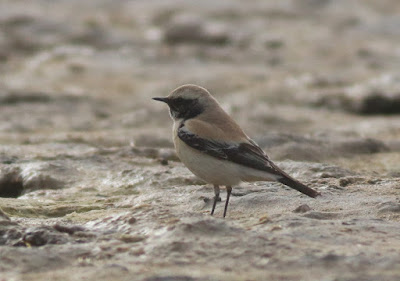 At the site, two or three of the pools had been drained for cleaning, following ash falls from the recent volcanic eruption on the island, and the Desert Wheatear (Oenanthe deserti) shown here landed on the dry bed of one of the ponds.

I was able to follow its movements for only about 5 minutes, before it flew out of the complex towards the coast. Subsequent attempts to relocate the bird during the next hour or so were unsuccessful. 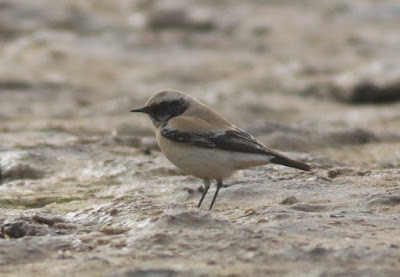 However, since the book's publication there have been further sightings in the Canaries, notably a spate of records coinciding with easterly dust storms in February-March 2020. In the case of La Palma, 6 birds were found in Garafía, and another 2 at Risco de la Concepción (Breña Alta). Full details of the influx can be found here: 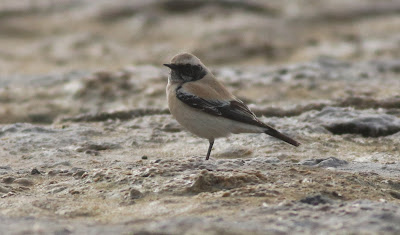 Most records for the species on the Canary Islands have thus been in the form of small influxes, the first documented one from Tenerife in 1989 when 5 birds were seen during easterly Saharan winds... precisely the same weather conditions (calima) affecting La Palma today. 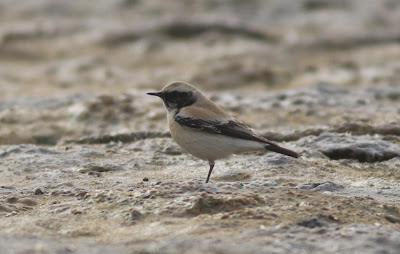 Another irruption occurred between the end of February and beginning of March 2000, when several birds were detected on Tenerife and Fuerteventura.

Given that the homochroa race of this species breeds in North Africa, and migrates to/from its wintering grounds located south of the Sahara and north of the Sahel, the eastern Canary Islands would seem a more likely landfall for any vagrants, due to their relative proximity to the African coast. This has not always been the case, however.

La Palma lies about 400 Km from the neighbouring continent, and has been visited by Desert Wheatear (Oenanthe deserti) on at least two occasions: the 6 (Garafía) + 2 (Breña Alta) birds found in February-March 2020, and the individual featured in the present post, which could possibly form part of a small contingent. Further searching is required.

The species is still classed as a rarity in Spain, and details will be submitted to the Spanish Rarities Committee in due course.