One of the conservation measures implemented by the Environment Agency of La Palma was regular delivery of untreated water. Altogether, 8 tankerloads were pumped into the reservoir on a weekly basis. Below are three shots of the operation on June 16: 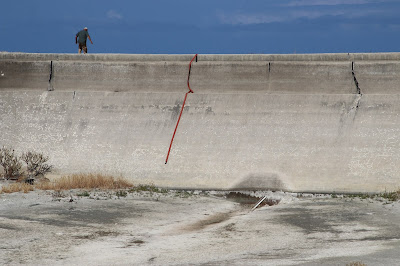 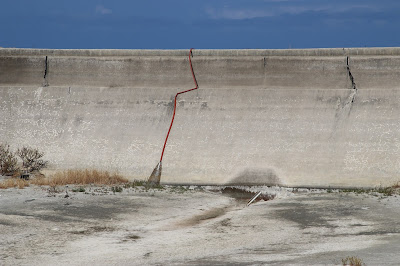 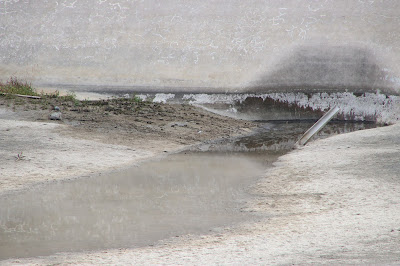 The two plovers at the edge of the newly-created pool.

Incubation continued throughout the rest of June, until finally, on June 26, the first chick hatched: 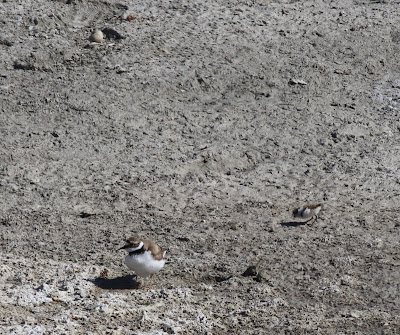 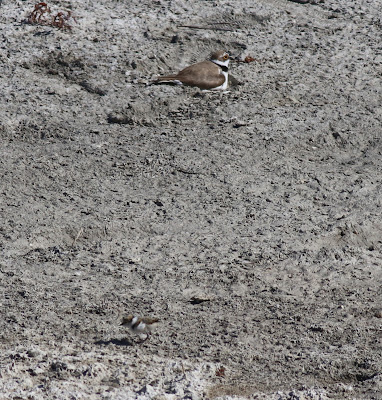 With the first chick nearby, the female plover continues to incubate the remaining eggs. 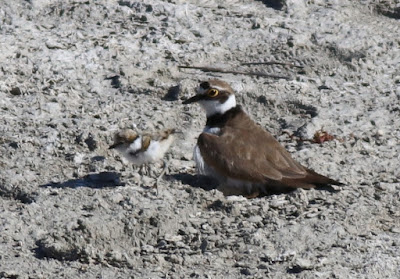 Female plover incubating the rest of the clutch, June 26.
Two more chicks hatched on the following day, June 27. Of the original four eggs, only one failed.
The hatchlings made steady progress, initially foraging around the muddy edges of the water, then later exploring the drier parts of the reservoir bottom. 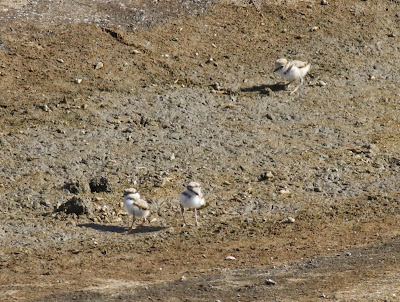 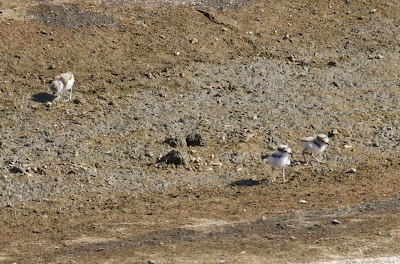 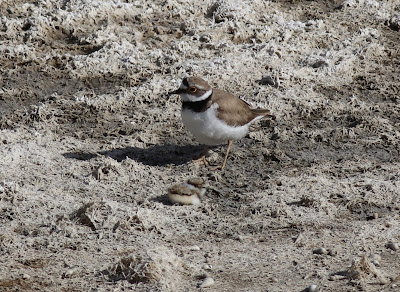 Parent with one of the chicks, June 28.
With every day that passed, there was increased hope that this second breeding attempt would succeed. The hatchlings from the first ill-fated attempt had survived only a couple of days, whereas the second brood of 3 chicks was still going strong after two weeks. The following photos were taken between June 29 and July 7: 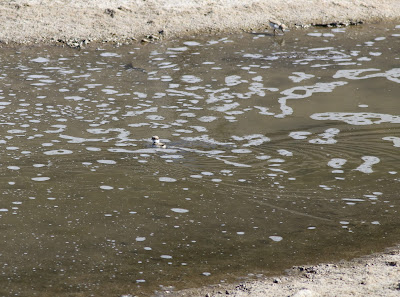 One of the chicks half-swimming, half-wading across the pool, June 29. 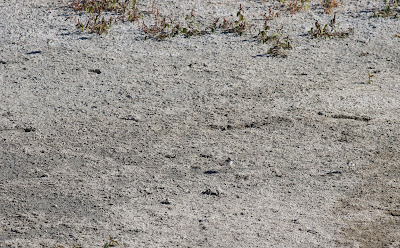 All three chicks in one of the drier areas, June 29. 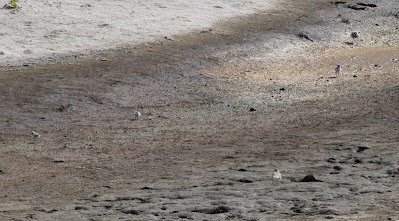 Parents and offspring together on July 4. 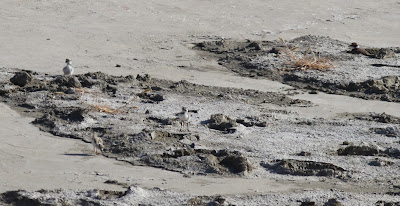 Exploring another part of the dry reservoir bed, July 5. 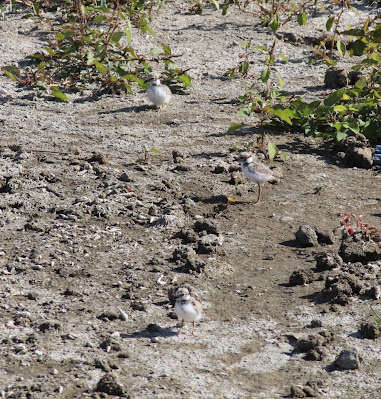